The Fifth Overall Pick in This Season's NBA Draft Goes to Upper Deck! 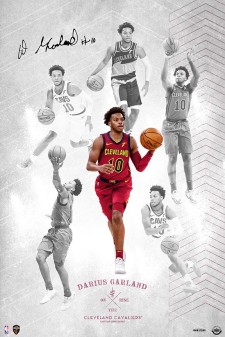 Darius Garland entered the 2018-2019 season as the highest-rated recruit to ever sign with Vanderbilt and was the only freshman to make the preseason All-Conference team. Garland put up impressive numbers at the beginning of the year for Vanderbilt before being sidelined for the rest of the season due to injury.

While attending Brentwood High School, Garland won four-straight state championships and was named Tennessee’s “Mr. Basketball” an impressive three times. During his senior season in 2018, he was named a McDonald's All-American, which earned him a well-deserved scholarship from Vanderbilt University.

“We are very excited to see what the future has in store for this talented rookie,” said Jason Masherah, President of Upper Deck. “Garland is a young player who has tremendous potential. We take pride in our exclusive athletes and are happy to welcome Darius to the Upper Deck family.”

Garland has connected from long distance at least once in 39 of his last 42 games while dishing out 5.8 assists per game in the last five contests. He leads the Cavs in assists and ranks third in both points and steals. The Cavs are climbing back in the East, and Garland is clearly one of the driving forces behind the ascension.

Fans can view the new collection of Garland inscribed and autographed jerseys and basketballs, along with a unique dual-signed ball with Kevin Love, exclusively at https://upperdeckstore.com/darius-garland. Additional autographed images will be available this Spring, including an original 16" x 20" signed “On the Rise” collage print.

About Upper Deck
The Upper Deck Company, headquartered in Carlsbad, Calif., is a worldwide sports and entertainment company built on the pillars of quality craftsmanship, authenticity and innovation with a dedication to creating products that turn memorable moments into collectibles. Upper Deck is home to the world’s greatest athletes, including Michael Jordan, Wayne Gretzky, Tiger Woods, Connor McDavid, LeBron James, Patrick Roy and Ben Simmons. 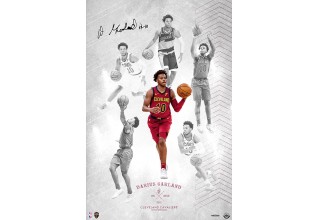 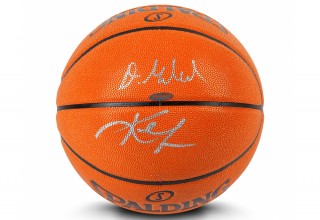