Serial Entrepreneur Will Serve as Chairman of the Startup's Advisory Board 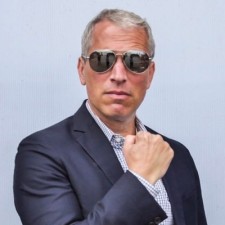 "Following an extensive search for the ideal candidate, we are extremely excited to announce David Isaacs has joined us as the chairman of our advisory board. David brings his vast experience in the sports and entertainment industry as well as management, deal-making and financial expertise to the team, which is a huge value as we continue to scale the company," said Sener Korkusuz, CEO of A7FL.

As co-founder and executive producer of the UFC, Isaacs was involved with almost every aspect of building the Ultimate Fighting Championship. Isaacs has founded, run and advised multiple media/entertainment companies backed by top firms in the venture capital and entertainment industries. “We’ve always said the A7FL was like the UFC of football. A7FL is challenging football like UFC did with boxing, so we are very excited to have David with us during the next stage of our growth,” said Ryan DePaul, president of A7FL.

Isaacs has executive produced noteworthy series and events, including the world’s first giant robot battle MegaBots vs. Suidobashi for Twitch; The Walking Dead live events; tour and TV specials for The College Music Awards; and multiple extreme sports competitions. He has founded and run numerous startups backed by top-tier venture capitalists and currently serves as CEO of a new mixed-reality venture poised to emerge from stealth mode in Spring 2019.

“I have been immensely impressed with all that Sener and Ryan have accomplished with the American 7s Football League, so it’s a privilege to join them as chairman of the advisory board,” said Isaacs. “Removing equipment to make any sport safer seems counterintuitive and we faced similar issues when we launched the UFC and created the sport of mixed martial arts. With the A7FL, football can be safer but still thrilling full-contact competition. I can’t wait to get started.”

About A7FL: Headquartered in Boca Raton, Florida, the A7FL, American 7s Football League, promotes a full-contact version of football that aims to be safer for players by getting rid of pads and helmets. Established in 2014, the A7FL has 18 teams across four states: New Jersey, Pennsylvania, Maryland, and Washington, D.C., with plans for future expansion. Sports fans will be treated to a unique mix of engaging and compelling LIVE football entertainment, placing the viewer at the very heart of the action. A7FL is proudly sponsored by www.2ndSkull.com, www.AthleteIntelligence.com and www.TimTam.tech. For more information, call 561-877-0992 or visit www.A7FL.com. 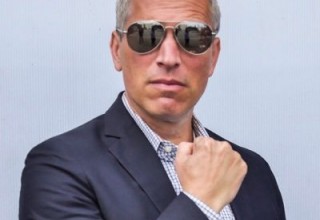 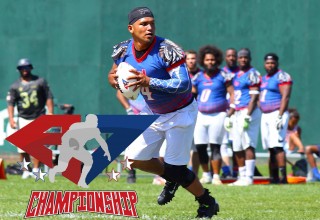 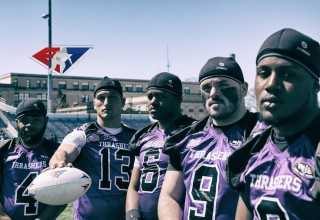 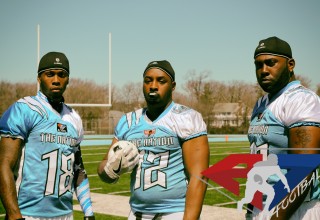