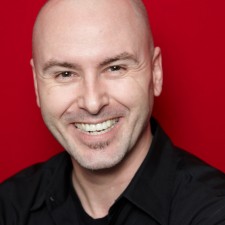 FREDERICTON, New Brunswick, September 11, 2019 (Newswire.com) - TurboPlay Corporation (“TurboPlay” or the “Company”), the world’s most rewarding, personalized video games marketplace, is thrilled to announce the additions of David Eddings and Kristen Beane to the leadership team ahead of the Company’s highly anticipated market debut.

David is amongst a generation of game industry veterans who started in the 1990s and continues to make an indelible impact on the industry today. He has been involved in the development and publishing of more than 30 games that have collectively earned more than $2 billion in revenue. He is formerly the VP of Business Development at Gearbox Software and Head of Game Publishing at Rooster Teeth, yet his lore is derived from the legendary “Claptrap,” video gaming’s most obnoxious, yet most loved robot he developed for the Borderlands franchise, which has sold over 45 million copies worldwide. David has brought over his trusted marketing team, led by none other than Kristen Beane, well-known to gamers by her gamertag “Pink.”

Kristen is a prolific problem solver with a penchant for mischief of the highest order. She brings to TurboPlay a complete working knowledge of IP development and a strong track record of transforming concepts into material commercial successes. After working with David on the Borderlands franchise under Elizabeth Tobey at 2K Games, she executed flawlessly as the director of Bendy and the Ink Machine at Rooster Teeth (“BATIM”). BATIM sold out retail in under 20 days, on its way to becoming a multi-million dollar indie franchise, spawning merchandising opportunities, mobile spinoffs and sequels. Prior to her work on BATIM, Kristen was the VR Marketing and Alliances Producer for the $6.8 billion AMD Studios team.

“We are honoured and humbled to welcome David, Kristen and their team to TurboPlay’s leadership and family,” said Vince McMullin, Co-Founder and CEO of TurboPlay. “Seriously, gamers are headed towards a revolution here. And who better to help start a revolution than the icon David Eddings, the man behind the voice of Borderland’s Claptrap. David is beloved by millions of fans across the world. His executive experience in AAA videogames contributes tremendously to TurboPlay’s overall mission of reaching gamers everywhere. His support and insights are invaluable to us, and we truly thank him for his support,” said Vince McMullin, Co-Founder and CEO of TurboPlay.

“Furthermore, I’m pumped to have a firecracker like Kristen join our team,” continued Mr. McMullin. “Kristen is poised of great leadership, creativity and sheer will to support developers and gamers everywhere. Her out-of-the-box solutions are proven to deliver results. We could not be happier with the impact she is having in creating the foundation for our marketplace as we prepare for launch. With David and Kristen’s talent, our A.I./machine learning-powered video games marketplace now has the proper voice to deliver it to the masses. TurboPlay delivers an unparalleled videogames marketplace through a rewarding, personalized consumer experience.”

David Eddings is the second high-profile executive to join TurboPlay’s Board of Advisors. This comes after the Company recently announced the addition of Steve Krueger, an e-commerce and digital marketplace veteran whose company, JIBE, helped develop and build platforms such as Shopify, Magento and BigCommerce.

TurboPlay is the world's most rewarding, personalized video games marketplace set to launch in H2/2019.

TurboPlay is a modern, videogames marketplace unlike any other, featuring guaranteed up-time, a rewards system that incentives gamers for their engagement and an Ai curated store front, personalized to each gamer.

TurboPlay Welcomes Steve Krueger as First Member of the Board of Advisors
TurboPlay Corporation - Aug 19, 2019

TurboPlay Announces Blockchain Technology Breakthrough
In a milestone achievement, TurboPlay solves a longstanding problem and is the first to provide a viable solution for signing transactions on the Stellar network directly through Elixir, in order to create a globally scalable network.
TurboPlay Corporation - Aug 12, 2019