For the last year, the pros at Titan Body Camera have been demonstrating to Midwest Police Departments how to eliminate the need for monthly fees, manage their data and exceeding customer expectations. 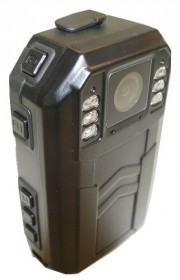 Minooka, IL, December 17, 2015 (Newswire.com) - The need to outfit police officers with body worn cameras after the last few years has come to a screeching halt for many local governments.  This is due to steep costs associated with a need to store large amounts of data for months or years at time.

With well-known companies out there citing easy fixes to store and manage data, many departments neglected to incorporate the cost of the storage on a year to year basis.  Some storage costs as much as $100,000 a year for the larger departments. Many police management and administration are now scrambling for other solutions.

"The Titan Body Camera System meets the needs of my department and complied with the new Illinois law".

After a 2013 study conducted by the Police Executive Research Forum — or PERF — and supported by the Justice Department found that of the departments surveyed without body cameras, 39 percent cited cost as the primary reason.

In December, she vetoed a proposal that would have required officers to wear cameras because she didn't believe the costs and other details were adequately considered. City officials estimated costs up to $2.6 million a year for storage and the extra staff needed to manage the video data.

"Knowing how we didn't have a lot of wiggle room with the budget constraints we face, we couldn't afford to get it wrong," said Rawlings-Blake, who intends to present another plan this spring. "Any time you do something on this scale, if you don't take the time up front, you are setting yourself up for failure and disappointment from the community."

Because of these costly reasons one company has developed a new product for local government to not only store and manage data at no extra cost. Titan Body Worn Camera has manufactured a type of “Kiosk”, they refer to as K2 units, which are not only providing officers with a better bottom line but providing a full IT solution in a box.

TITAN, located in Minooka, IL recently provided information regarding their last installation in Berkeley, IL. The Police Chief there stated, “I truly believe that body cameras are the wave of the future for our police department. I had contacted twelve (12) different vendors that dealt with body cameras. Titan Body Camera proved to stand out above the competition. Those guys are the best, they are efficient and prompt to any concern we have and their turnaround time is phenomenal. Their camera met the needs of my department and complied with the new Illinois law”.

Titan’s new take towards body cameras and body camera storage has provided police with a new way to combat high monthly cost and makes sure that every officer has the equipment that is needed.  With this new technology it comes to only a matter of time before departments who are paying those high monthly cost jump ship to a friendlier and cost efficient method.

Titan Body Worn Camera plays a leading role in the United States law enforcement equipment industry. With over 15 years of public safety experience Titan brings along a superior level of product knowledge as well as setting the industry standard for