With a SwiftCoin Teller franchise, the www.SwiftCoin.club network serves the local community by replacing banks and money transfer centers. Substitute digital currency for wire transfers and convert any digital currency, including bitcoin, into local paper money. Buy a franchise for less than 10K. 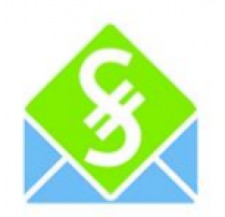 Menlo Park,CA, May 2, 2016 (Newswire.com) - The www.swiftcoin.club mission is to make banks obsolete, disrupt finance by enabling the conversion of computer data into local paper currency.   The franchise owner sets his own terms and fees.  The SwiftCoin Club is an ideal accessory for money transfer businesses already in operation.  With SwiftCoin, there is no actual transfer of funds anywhere.  Instead, a ledger system of balances is kept and SwiftCoin wallets are topped up as needed.

Every smartphone can be a pocket sized bank branch that processes deposits and withdrawals.  The Teller buys and sells digital currency at the local exchange rate.

www.SwiftCoin.Club is the world’s first digital cash, peer to peer money transfer network. SCC Tellers represent a global, shared network of consumers helping each other easily deposit and withdraw cash from Tellers using the SwiftCoin app anywhere in the world. Founded in 2015 by Daniel Bruno, serial entrepreneur and global mobile-banking visionary, our team is committed to forever changing how the world moves money.

Since 2010, Team Daniel Bruno has been a pioneer of digital money and debt instruments such as the Solidus Bond, which have earned patents in the United States.  Their newest endeavour, the SwiftCoin Club, is a blockchain money transfer franchise that enables consumers to deposit and withdraw cash from anywhere in the world.

The SwiftCoin Club aims to capture the $500 Billion remitted globally each year.   By storing digital cash directly in the phones of Tellers, SCC creates a peer to peer global network of money transfer players who need not actually transport any money across borders or trust one another to settle accounts as in the Hundi system.   Tellers charge a fee of their own choice and set their own exchange rates, enabling them to adapt to local conditions and eliminating the need to oversee their accounting.  SCC guarantees liquidity amongst Tellers, making both large and small transactions fast and practical.

Tellers are actually super-users (not legal franchisees) who set their own fee to send SwiftCoin to another Teller who then pays out the equivalent in local currency to the end receiver.

The SwiftCoin Club requires Tellers to independently comply with all regulatory requirements in their respective jurisdictions.