Daniel Bruno Offers Update and Translation of the 1791 Bill of Rights to Meet the Challenges of the 21st Century. Published at www.hpub.org and WashingtonsBlog.com 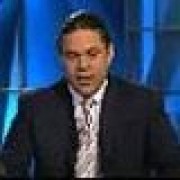 Washinton, DC, April 5, 2016 (Newswire.com) - The Huffington Post Club has published the New Bill of Rights by Daniel Bruno.  The New Bill of Rights aims to bring back the rule of law, civil liberties, privacy and freedom.  Focusing on blacklisted authors and blacklisted news,  the Huffington Post Club has reported on thousands of human rights violations and unconstitutional practices since 2010.

Daniel Bruno's New Bill of Rights makes up to date a document ratified in 1791.  Both the English language and technology have evolved greatly since then.  To keep up with the times, the new Bill of Rights is written to be comprehensible and comprehensive to modern society.  If put into law, the new Bill of Rights would save countless lives and billions on government expenditures.  With millions of people under control of the penal system, more per capita than Russia, China or North Korea, America has the dubious distinction of being the world's jailer and policeman. The New Bill of Rights aims to remedy this.

The New Bill of Rights is a solution to the erosion of the rule of law, civil liberties, privacy and freedom. Focusing on blacklisted authors and blacklisted news,The Huffington Post Club has reported thousands of human rights violations and unconstitutional practices since 2010

Mass imprisonment, paranoid surveillance and a police state are the bitter fruits of the fraudulent wars on drugs and terror which many government agencies depend on to justify their existence, writes Daniel Bruno.  The mentality of a slave society has been resurrected.  Assumption of guilt, no due process, discretion of the police, Draconian punishment and mass surveillance were once the hallmarks of slavery.  Today, these ills have made a come back, so says Daniel Bruno, who has penned an essay about Walton Henry Bibb at Washington's Blog to illustrate the similarities between then and now,

The current Bill of Rights and U.S. constitution are no match for the moneyed interests ruling the country for their own benefit.

Daniel Bruno writes that a constitutional convention must be called and a new regime installed to restore democracy to the United States.  The new United States government must expel all dual nationals to regain control of U.S. foreign policy.

The SwiftCoin.Club Affordable Franchise Opportunity
With a SwiftCoin Teller franchise, the www.SwiftCoin.club network serves the local community by replacing banks and money transfer centers. Substitute digital currency for wire transfers and convert any digital currency, including bitcoin, into local paper money. Buy a franchise for less than 10K.
Team Daniel Bruno - May 2, 2016