Demands on video-editing programs in today's world are really high. The age of users is different. So, it doesn't matter whether users are teenagers or retirees - video-editing software should be easy-to-understand and easy-to-use for everybody.

ST. LOUIS, November 22, 2018 (Newswire.com) - Movavi has released the new Video Editor 15 Plus to transform photos into video in no time.

The most noticeable update is a new timeline. Just click “+” to add any preferable audio track. Move and delete them at will. Users can use any kind of music in their videos choosing and mixing tracks according to their mood or the demands of the video.

With the new Fast Track HD files, minicopies are created during import and used to create a preview. The function can be enabled and used with Full HD and 4K files.

There are also a number of changes in the Montage Wizard to help people create videos automatically. Now it can be used to create videos with different themes, appropriate music, and transitions. Users can also add titles to the beginning and at the end of their video stories.

Movavi has also expanded the functionality of import collection. Intros and Outros are fullscreen titles formed from one major image or video with different elements such as titles, stickers, audio, and picture-in-picture clips added. It is easy to edit the Intros and Outros.

One more useful feature is the addition of guidelines, which make it much easier when moving objects around in the frame. For example, they can be used to help people position a sticker in the most visually appealing part of a scene, ensuring harmony with other objects or lines.

And finally, Movavi has added a completely new function – Portable Projects. A user can start video editing at home and continue working on it in a different location. It’s really useful if people teach or need to show somebody something special.

The upgraded version includes more themes for clip creation, 99 audio tracks, and new animation tools. At the request of users, the developers have added more ready-to-use Intros and Outros, samples of video clips, built-in music, and stickers. Movavi Video Editor 15 Plus is quicker and more convenient to work with. Visit the Movavi Effects Store to make videos even more creative and thematic. Movavi offers 7 sets of effects featuring different themes and styles.

In addition to these major changes, Movavi has also created a new launch window. All the old familiar Video Editor Plus features are still in place – and now it’s even easier to edit and create great videos. 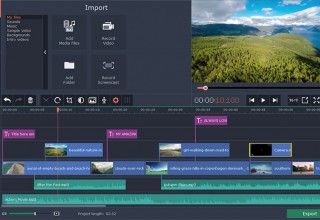 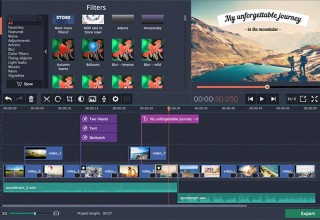 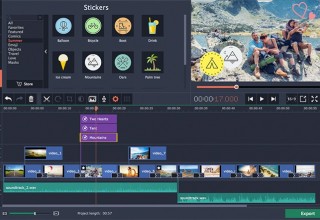 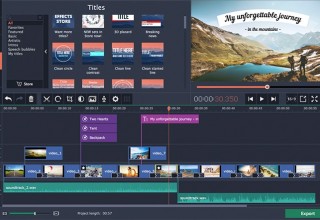 Movavi produces a wide range of multimedia programs that ensure you can have fun with your videos, music, and photos on any platform and any device. We develop easy-to-use, powerful and effective programs.