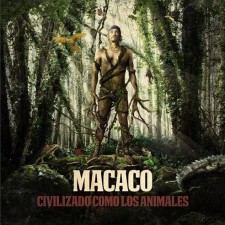 LOS ANGELES, May 27, 2019 (Newswire.com) - ​​Macaco is back with his eighth album, titled Civilizado Como Los Animales, and the most international project by the Barcelona artist to date, featuring collaborations by international stars from both sides of the Atlantic. From Joan Manuel Serrat to Visitante, from Jorge Drexler to El Niño de Elche, from Estopa to Miss Bolivia or Monsieur Periné, these top collaborations are highlighted on a work that recaptures Macaco with his most overflowing and contagious joy.

This is not just a happy coincidence: Macaco releases Civilizado Como Los Animales impelled by the success of Historias Tattooadas, the album with which he burst into 2015 with Sony Music, a work also universal but more intimate than the one he now delivers. The huge impact of his popularity in Spain and Latin America, backed by hits like Coincidir, which counts over 125 million views on YouTube and counting, places this talented artist on the starting line of this hugely optimistic Civilizado Como Los Animales.

After two years of hard work, the album created together with international co-producers has already unveiled a delightful lead single last February: Bailo La Pena, an invitation to dance and shake sadness off. Macaco and his team share a sharp and organic production work with Rafa Arcaute, who has produced artists like Calle 13, Aterciopelados, Residente, Calamaro, Juanes and many more.

The experience of touring Spain and the Americas over the last few years is reflected in this global album where Latin is paired with reggae or dub. It is this multiculturalism aspect that characterizes the singer and composer from Barcelona; a musician who emerged from the streets and who makes universality his personal signature.

The sounds of the most diverse corners of the globe and the fusion of rumba, reggae, funk and electronics have been part of Macaco since his debut in 1998's El Mono en el Ojo del Tigre. Following the release of albums like Rumbo Submarino or Ingravitto, his popularity skyrocketed with Puerto Presente (2009), a #1 Platinum Certified album in Spain, earning him the Ondas, Premio de la Música (Prestigious Music Award in Spain), 40 Principales and Rolling Stone Awards. His first single, Moving, broke all records in Spain and received a Latin Grammy nomination and an MTV Europe Music Awards nomination.

Macaco was awarded the Premio de la Música again and his follow-up work El Vecindario (2010) was Gold-certified, which portrays the international nature of his music. El Murmullo del Fuego (2012) was his last release before Historias tattooadas - Macaco's outstanding discography evolved while he continuously performed on stage.

It's a background reflected on an album as versatile as Civilizado Como Los Animales, the most emotional and international work which Macaco returns with in 2019. 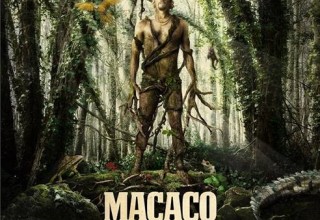 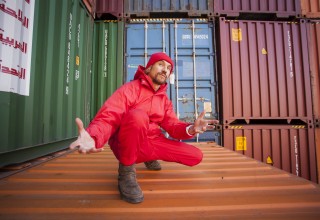