The Mauritian Rums Have Landed

Progressive Importer BCI Introduces U.S. Market to Out-of-this-World New Grove Rum from the African Isle of Mauritius with a Portfolio of Eclectic Styles 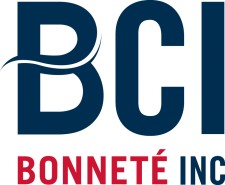 HOUSTON, September 3, 2019 (Newswire.com) - Houston-based importer BCI is launching New Grove, the premium rum crafted on the African isle of Mauritius. The U.S. launch provides Americans with their first opportunity to experience the deep and luxurious growing category of Mauritian rum through the brand’s “Exotic” line, including its New Grove Silver, New Grove Dark, and New Grove Spiced expressions, as well as its “Authentic” line of unaged and French oak-aged rums.

“New Grove is among the most historic, innovative and quality-driven producers on the island. BCI is proud to offer the U.S. market a taste of the region and its production methods and showcase true Mauritian terroir​,” said Jean-Francois Bonneté, CEO of BCI.

A family-owned and operated cane estate since 1838, New Grove prides itself on integrating Mauritius’ rich history of sugar and molasses production with its younger distilling culture. New Grove is the only Mauritian producer to store all of its aged rums in new French oak casks. In addition to imparting this French essence, the rums themselves benefit from the island’s volcanic terroir that gives way to bright, spicy spirits, while the noticeably warm climate allows them to age at a rate four times faster than in Europe.

Though Mauritius has enjoyed a long history of producing molasses and refined sugar, its foray into rum production is a recent one, as compared to Caribbean standards, giving way to the brand’s name, “New Grove.” The “New” references the region’s new art of distillation, made possible by the lifting of local prohibition laws in the 1970’s and the granting of more distillation liberties in 2000, while the “Grove” references the brand’s 15,000 acres of owned sugar cane fields, which allow it to use the freshest molasses for rum distillation.

For additional information on BCI and its suite of services, visit www.bonnete.com.

A family-owned and operated cane estate since 1838, New Grove prides itself on integrating Mauritius’ rich history of sugar and molasses production with its younger distilling culture. Embracing the region’s former roots as a French colony, New Grove is the only Mauritian producer to store all of its aged rums in new French oak and ex-Cognac casks, imparting a distinct French essence.

BCI is a specialty wine and spirits brand builder that combines French care for craft with an American sensibility and market experience with expertise in developing, representing, importing and expanding new and existing premium, prestige and luxury wines and spirits in the U.S. market.

BCI is a family owned and operated company specialized in importing and building successful wine and spirits brands in the United States.