The Film Detective will feature 24 hours of multiple Emmy Award-winner Betty White's first hit sitcom, Life with Elizabeth, on what would have been her 100th birthday 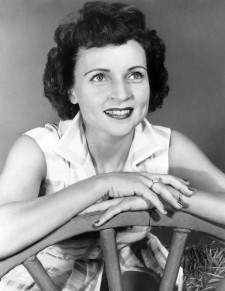 LOS ANGELES, January 6, 2022 (Newswire.com) - Cinedigm, the leading independent streaming company super-serving enthusiast fan bases, announced today that The Film Detective, the classic film restoration and streaming company, will honor Betty White on what would have been her 100th birthday with a 24-hour marathon of her first sitcom, Life with Elizabeth (1953-1955), on Jan. 17.

Recently passing at age 99, only days away from her 100th birthday, Betty White is remembered as the hilarious "Queen of Television," known for starring roles on The Golden Girls (1985-1992), The Mary Tyler Moore Show (1970-1977), and Hot in Cleveland (2010-2015). An outpour of tributes has followed since news of White's passing on December 31, including remembrances of White's illustrious career, one of the longest and most celebrated in television history.

The Film Detective will honor Television's "Golden Girl" with an all-day marathon of Life with Elizabeth on January 17.

The first of many hit sitcoms for Betty White, Life With Elizabeth follows the antics of the charming Elizabeth (Betty White) and her husband Alvin (Del Moore). This hidden gem is remembered as the first series in which White served as producer.

"Betty White was a trailblazer throughout the Golden Age of Television, whose influence will live on for generations to come," said Phil Hopkins, President of The Film Detective. "Life with Elizabeth is the epitome of Betty's unmatched wit, as hilarious today as it was in 1953. We are honored to be able to share Life with Elizabeth and hope a whole new audience will be able to discover and enjoy it."

The Film Detective is a leading distributor of restored classic programming, including feature films, television, foreign imports, and documentaries, and is a division of Cinedigm. Launched in 2014, The Film Detective has distributed its extensive library of 3,000+ hours of film on DVD and Blu-ray and through leading platforms including TCM, NBC, EPIX, Amazon, MeTV, PBS, and more. The Film Detective has released its classic movie app on web, Android, iOS, Roku, Amazon Fire TV, and Apple TV and is available live on Sling, STIRR, Plex, Local Now, Rakuten TV, and DistroTV.