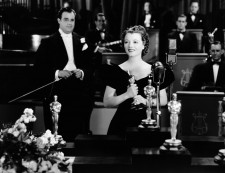 LOS ANGELES, February 28, 2022 (Newswire.com) - Cinedigm, the leading independent streaming company super-serving enthusiast fan bases, announced today that The Film Detective, the classic film restoration and streaming company, will celebrate the history of the Oscars® with nominated and winning classic films, every night in March at 8 PM ET, leading up to the Academy Awards® on March 27.

Featured on The Film Detective will be José Ferrer's award-winning performance in the 1950 Cyrano de Bergerac, recently returning to screens with Peter Dinklage in Cyrano (2021), nominated this year for Best Achievement in Costume Design.

Marathons will include a tribute to Carl Reiner on what would have been his 100th birthday with a mini-marathon of The Dick Van Dyke Show (1961-1966), starring Dick Van Dyke and Mary Tyler Moore, on March 20. Marathons will also include a St. Patrick's Day marathon, featuring Maureen O'Hara, James Cagney, and more.

Martial arts classics will add some madness to the March lineup, including films from the Ninja Death (1987) series, starring Alexander Rei Lo, and Bruceploitation titles like The Image of Bruce Lee (1978) starring Bruce Li.

The Film Detective is a leading distributor of restored classic programming, including feature films, television, foreign imports, and documentaries and is a division of Cinedigm. Launched in 2014, The Film Detective has distributed its extensive library of 3,000+ hours of film on DVD and Blu-ray and through leading broadcast and streaming platforms including TCM, NBC, EPIX, Amazon, MeTV, PBS, and more. The Film Detective has released its classic movie app on web, Android, iOS, Roku, Amazon Fire TV, and Apple TV and is available live on Sling, STIRR, Plex, Local Now, Rakuten TV, and DistroTV. For more information, visit www.thefilmdetective.com.