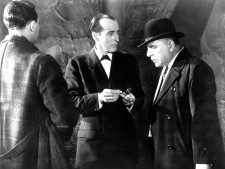 In celebration of its biggest release to-date, The Film Detective is gifting three lucky box sets with an exclusive, limited edition Sherlock Holmes custom pipe, courtesy of our friends at Peterson of Dublin.