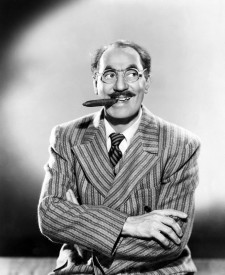 Buster Keaton and The Three Stooges will be featured in afternoon comedy marathons, alongside screwball comedy queen Carole Lombard in My Man Godfrey (1936) and Nothing Sacred (1937), Bob Hope in My Favorite Brunette (1947) and Road to Bali (1952), and Lucille Ball in The Lucy Show (1962-1968).

Marathons in April will include a celebration for the 96th birthday of the Pope of Pop Cinema, Roger Corman, on April 5. Corman classics including The Little Shop of Horrors (1960), A Bucket of Blood (1959), and more will be featured.

Carol Burnett will be celebrated on her 89th birthday with a marathon of The Carol Burnett Show (1967-1978) on April 26. Charlie Chaplin will be honored on the anniversary of his birthday with titles including Tillie's Punctured Romance (1914) and Samuel M. Sherman's Chaplin's Art of Comedy (1966).

The Film Detective is proud to welcome the new, original series Classic Films for Kids, hosted by film enthusiast and Movies are Magic author Jennifer Churchill. Churchill will be joined by co-host and son Weston, exploring family-friendly programming with Golden Age stars from Abbott and Costello to Shirley Temple. Classic Films for Kids will feature new episodes every Saturday at 11AM ET, premiering on April 2.

The Film Detective is a leading distributor of restored classic programming, including feature films, television, foreign imports, and documentaries and is a division of Cinedigm. The Film Detective has distributed its extensive library of 3,000+ hours of film on DVD and Blu-ray and through leading broadcast and streaming platforms including TCM, NBC, EPIX, Amazon, MeTV, and PBS. The Film Detective has released its classic movie app on web, Android, iOS, Roku, Amazon Fire TV, and Apple TV and is available live on Sling, STIRR, Plex, Local Now, Rakuten TV, and DistroTV. For more information, visit www.thefilmdetective.com.