ROCKPORT, Mass., September 17, 2019 (Newswire.com) - The Film Detective (TFD), a classic media streaming network and film archive that restores classic films for today’s cord-cutters, is increasing the reach of its linear channel. Beginning on Sept. 17, 2019, audiences will be able to access The Film Detective’s flagship channel on the STIRR streaming platform.

STIRR, a free, ad-supported streaming service owned by Sinclair Broadcast Group, launched in January 2019, and since then, the STIRR app has reached over one million downloads. The platform offers United States viewers access to local news, sports and entertainment, a video-on-demand library, as well as numerous digital channels that have become extremely popular in recent years, including Comet, Charge!, and Shout Factory TV. STIRR prides itself on having “no hidden strings (or cords)” and is available for download via Apple TV, iPad, Android, iPhone, and Roku.

“With the addition of TFD, STIRR adds more than 15,000 titles to its already robust channel lineup and on-demand offerings,” said Ben Lister, Senior Director of Content Acquisition and Business Development for STIRR. “We are so excited to be able to offer our viewers access to TFD’s incredible archive of content and believe this partnership shows the true power of STIRR.”

Much like the STIRR platform itself, The Film Detective channel will offer a bit of something for everyone. For Golden Age classic movie fans, familiar faces like Cary Grant, John Wayne, and Elizabeth Taylor will be available in titles like “His Girl Friday” (1940), “Angel and the Badman” (1947), and “The Last Time I Saw Paris” (1954). Television buffs can look forward to the likes of Betty White in “Life with Elizabeth” (1953-1955) and Lucille Ball in “The Lucy Show” (1962-1968). Hidden cinematic gems like “Creature from the Haunted Sea” (1961) and “The Killer Shrews” (1959) will also serve as a way to enjoy underrepresented, campy flicks. No matter the preference, viewers can look forward to hundreds of hours of comedy, horror, film noir, westerns, and more.

Phil Hopkins, founder of The Film Detective, said, “The Film Detective is excited to be joining the cordless community on STIRR. Dedicated to unearthing vintage film, we are proud to bring a selection of classic film and television to both cinephiles and new viewers through the STIRR channel.”

The Film Detective is a leading distributor of restored classic programming, including feature films, television, foreign imports, and documentaries. Launched in 2014, The Film Detective has distributed its extensive library of 3,000+ hours of film on DVD and Blu-Ray and through leading broadcast and streaming platforms such as Turner Classic Movies, NBC, EPIX, Pluto TV, Amazon, MeTV, PBS, and more. In 2018, TFD released its classic movie app and has since launched its 24/7 linear channel on Sling TV, STIRR, and DistroTV. Visit us online at www.TheFilmDetective.com.

STIRR is a free ad-supported streaming service featuring a mix of live local news, TV shows, movies, sports and lifestyle programming. Each week, STIRR delivers more than 2,400 hours of live, local news, in addition to more than 30 live, linear channels. The STIRR app is available on Roku TV, Fire TV, Apple TV, as well as iOS and Android devices, or at www.STIRR.com. Based in Santa Monica, California, STIRR is a first-of-its-kind OTT service created, owned and operated by Sinclair Broadcast Group. 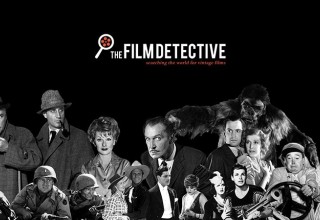 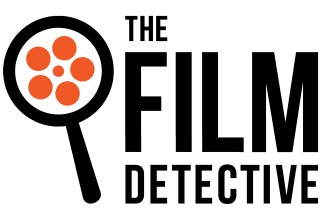