From Oscar nominees to independent horror cult classics, The Film Detective is dedicating the month of February to Black History Month 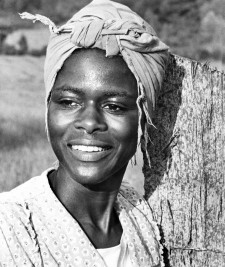 ROCKPORT, Mass., January 29, 2021 (Newswire.com) - The Film Detective (TFD), a classic media streaming network and film archive that restores and distributes classic films for today's cord-cutters and is now wholly-owned by Cinedigm (NASDAQ: CIDM) is dedicating February to pioneering filmmakers and performers from the black community in honor of Black History Month.

Featuring a different movie every night on The Film Detective live channel and an extensive collection on The Film Detective app, audiences will enjoy early classics from Oscar Micheaux, including Within Our Gates (1920), Lying Lips (1939), and a TFD original documentary about Micheaux's influence on cinema history. Recently passing at age 96, iconic actress Cicely Tyson will also be honored with her Academy Award-nominated performance in Sounder (1972).

Famous musicians will receive a prominent place in the Black History Month celebration, with a spotlight on groundbreaking performers like Duke Ellington in Rock 'n' Roll Revue (1955), Lena Horne in The Duke is Tops (1938), and Louis Armstrong in The Edsel Show (1957). From Pre-Code dramas like The Emperor Jones (1933) to independent horror classics like Night of the Living Dead (1968), film fans will enjoy titles from a vast range of genres throughout the month.

Multiple marathons will augment The Film Detective's February line-up. Nigel Bruce will be celebrated on the anniversary of his birthday with a mini-marathon of Sherlock Holmes films. Bruce stars as Dr. Watson to Basil Rathbone's Sherlock Holmes in mystery classics including The Secret Weapon (1942) and The Woman in Green (1945), starting on February 4 at 6 PM ET.

Love is in the air and on The Film Detective this February, with a weekend of classic romance movies in celebration of Valentine's Day. Audrey Hepburn, Cary Grant, and more Golden Age favorites will star in films that have had audiences swooning since they premiered over fifty years ago. The Valentine's Day marathon will begin at 12AM ET on February 13 and continue through 11:59 PM ET on February 14.

The Film Detective is a leading distributor of restored classic programming, including feature films, television, foreign imports, and documentaries and is a division of Cinedigm (NASDAQ: CIDM). Launched in 2014, The Film Detective has distributed its extensive library of 3,000+ hours of film on DVD and Blu-ray and through leading broadcast and streaming platforms including TCM, NBC, EPIX, Amazon, MeTV, PBS, and more. The Film Detective has released its classic movie app on web, Android, iOS, Roku, Amazon Fire TV, and Apple TV and is available live with a 24/7 channel on Sling, STIRR, Plex, and DistroTV. For more information, visit www.TheFilmDetective.com.