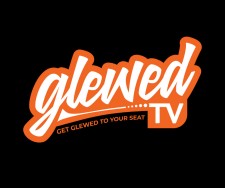 Whether viewers are looking to laugh alongside Abbott and Costello in Jack and the Beanstalk (1952) or solve the case with Basil Rathbone and Nigel Bruce in Dressed to Kill (1946), there is something for every film fan on The Film Detective via Glewed TV.

“We are excited to be working with Glewed TV to bring cord-cutters classic film and television content,” said Phil Hopkins, founder of The Film Detective, “This partnership presents an additional opportunity to allow modern-day viewers a new way to enjoy old classics.”

The Film Detective is a leading distributor of restored classic programming, including feature films, television, foreign imports, and documentaries. Launched in 2014, The Film Detective has distributed its extensive library of 3,000+ hours of film on DVD and Blu-ray and through leading platforms including TCM, NBC, EPIX, Pluto TV, Amazon, MeTV, PBS, and more. The Film Detective has released its classic movie app on web, Android, iOS, Roku, Amazon Fire TV, and Apple TV and is available live with a 24/7 linear channel on Sling, STIRR, Plex, and DistroTV.