The Difference a Little Recognition Makes

Three Best Rated® sits down with three award-winning entrepreneurs to learn the struggles and sacrifice they've made to be successful and how being recognized has affected them. 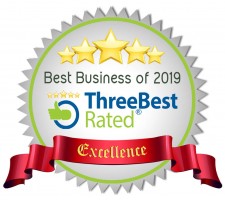 MONTREAL, May 9, 2019 (Newswire.com) - When starting a business, entrepreneurs often don't realize how difficult it can actually be to run a successful venture. They struggle with balancing their home and work life. They have to forgo the "normal" life many enjoy. However, the rewards both spiritually and monetarily are well worth it! Still, it doesn't hurt to have a little recognition now and then. Three Best Rated® recognizes the best business and let them know their hard work and sacrifice is worth it and is noticed. They sat down with three award-winning entrepreneurs to learn their story and how being recognized has affected them.

Avinash Singh always loved watching and playing sports. “I realized quite early on that despite my passion for playing, I was an average athlete,” he says. “Hence, the dream of making it to a professional team fell through a long time ago.” He continued to be involved with sports and he would notice physiotherapist running onto the field and helping players continue playing, and more importantly win, the game. Avinash knew how he could still be involved with the sports he loved; he could become a physiotherapist.

Of course, becoming a physiotherapist is easier said than done. “I immigrated to Canada in 2011 and worked almost every job,” Avinash says. “I worked in a factory, call center, gas station, and so on before I was able to work as a physiotherapist.” Avinash started working for big corporate companies, but he was never quite satisfied with the way things were run. “I wanted to work for a small family-owned practice where the people and patients were valued as part of the family and not just some numbers,” he said. He met up with a couple of his friends one night and they decided to open a practice together in Burlington. “After we opened a location in downtown Hamilton, I was able to convince my wife Jenny, who is also a physiotherapist, to join me in this madness,” he says with a laugh. They expanded even further and opened two more locations in the last two years.

Avinash worked hard, faced struggles, and made sacrifices to get to where he is now. “I went to school for physiotherapy and, sadly, it is a universal truth that we are not taught anything about owning a business and having an entrepreneurial mindset,” Avinash says. “Opening the business was exciting, but not knowing how I will get my next patient or client made for some of the hardest days.” He also wishes he could visit his home country of India more often. “Not being able to see friends and family is tough. I wasn’t able to attend some of my close friend's weddings, and more importantly, their bachelor parties,” he laughs, “But, I chose to do this and no one is happier for us than them.” Avinash is overwhelmed with the love and support the Hamilton and Dundas community has shown him. “The challenge from here is to sustain the growth and scale it up,” he says, “We want to help more and more people who are in pain get back to their life.” While there are hard days and struggles, Avinash is happy with the choices he has made. “It is a cliché, but when you surround yourself with people you love hanging out with, the hard days are not that hard,” he says.

When he was named one of the top three physical therapists in Hamilton, ON for 2019 by Three Best Rated®, he was very overwhelmed. “It felt like winning ‘Man of the Match’ after winning the big game. I was super stoked to hear I made it on this coveted list,” Avinash says excitedly. He credits the wonderful community of Hamilton and Dundas, and his team of “rockstars” that works with him everyday for this success. “They are the ones that make me look good,” he chuckles. “This award is as much theirs as it is mine.” He wants to continue to grow his practice to help more people get back to the sports they love. “I've always been passionate about helping as many people as possible get back to a pain-free life, without medications, injections or surgery,” Avinash says, “Such a socially recognized, prestigious award validates all the blood, sweat, tears, and sleepless nights. It is completely worth it.”

Tina Mongeon aka “Queen of Clean” first started Enviropure Home in 2007. She already had experience in the health and wellness field, so bringing health into the home was a passion of hers. “I wanted to step outside the box and bring healthy cleaning options into people's homes,” she says, “I wanted to build a home cleaning service that specialized in all natural chemical free cleaning.” She started building her kingdom one client at a time and as they grew Enviropure, added on more specialized cleaning services. Today Enviropure Home is one of Ottawa’s Top Certified cleaning companies specializing in house cleaning, carpet cleaning, and remediation and disaster clean-up.

Of course, this didn't simply happen without Tina’s hard work and fierce determination even on the hardest of days. “The hardest day of my business was about 10 years ago. I had been called to clean a home that had extreme sanitary issues. This home was a biohazard scene, and I was not prepared or experienced enough to handle it,” Tina recalls. “I was presented with a challenge and I was not about to turn this down, so we pushed through this cleaning and got it done.” This opened the doors for Enviropure to take on more biohazard and trauma cleaning jobs, and they became certified for this service.

Tina admits that running a cleaning company has its own unique set of challenges. “Staffing is a challenge in this industry, it always has been,” Tina explains. “Finding dependable reliable people who care about this type of work is tough. We hire 10 people to get 2 good ones.” Tina also has to juggle her family life with her work life. She is raising two small children all while running her kingdom. “I’m working around the clock and sacrificing precious time with them to build a company,” she says. For Tina, it’s all worth it knowing that her company is making a positive impact on her community.

When she discovered that Enviropure Home was listed as one of the top three house cleaning services in Ottawa, ON by Three Best Rated® she was excited. “It has been a few years in a row now and I am very proud! I have gotten many leads for house cleaning from this!” she laughs. Tina feels rewarded for her services and sacrifices she has made for Enviropure Home. “It’s an accomplishment,” Tina says. “I am thankful that Three Best Rated® recognized Enviropure as a top cleaning company in Ottawa.”

Dr. Gaby Doumit is one of the nation’s leading plastic surgeons. He was attracted to the field of plastic surgery because of its ability to combine art and medicine. “It allows you to use your artistic and creative thinking in surgery,” says Dr. Doumit. “It basically combines medicine and artistry.” Looking at how successful he is now, it’s hard to imagine Dr. Doumit as a student. “It took about 15 years of education,” he says. He started by completing his degree in Biochemistry at the University of Ottawa in Ontario. He continued on and completed his medical school there, followed by full training in general surgery. Dr. Doumit decided he wanted to become a plastic surgeon and went to Temple University in Philadelphia to complete his plastic surgeon training. He went on to complete a Fellowship in Craniofacial Anesthetic Surgery at Massachusetts General Hospital at Harvard University. After all his impressive training he went on to be an active cranial facial surgeon at the Cleveland Clinic in Ohio for four years.

For most, the thought of 15 years of higher education is more like a nightmare, but Dr. Doumit loves plastic surgery. For him, it’s a labor of love. “When you like what you do, you don’t count the hours you spend at work,” Dr. Doumit says. “I end up working about 70 hours a week.” While he loves his job, he admits it can be difficult to spend that much time away from his family. “I needed the support of my family and a supportive spouse, my wife,” he says. “That is always helpful.” Having the unwavering support of his spouse has allowed him to achieve great heights. He is currently an assistant professor of plastic surgery at the University of Montreal, as well as a consultant at the Cleveland Clinic in Ohio. He currently holds a chair as the Vice President of Education for the American Society of Maxillofacial Surgeons. He is also the director for plastic surgery facial maxillofacial courses in the US. He performs private surgeries at the Centre De Chirurgie Plastique & Esthetique De Montreal (CCPEM). While most others would’ve cut down their workload, or found a different field, Dr. Doumit thrives. His hard work has allowed him unique opportunities. “I was the first Canadian to perform two face transplants,” he says proudly. He has performed a 31 hour and a 24-hour face transplants. “Those were probably the longest surgeries I've ever done,” he says with a chuckle.

When Dr. Doumit realized he was listed as one of the top 3 plastic surgeons in Montreal, QC for 2019 by Three Best Rated®, he was honored. “It’s an honor that your patients like you,” he says. “It’s an honor and a privilege and it’s something I’ve tried to keep up.” He believes that it’s the patients that make the doctor great – not all the fancy achievements and awards. “It doesn't matter how many committees I chair or how many courses I direct,” Dr. Doumit says, “The most important point for me is my patient satisfaction. This is what's going to define me the most.” 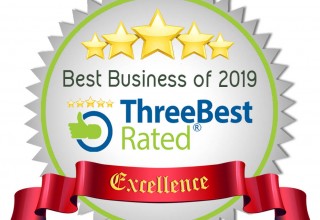 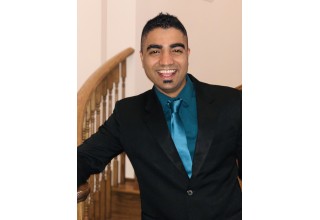 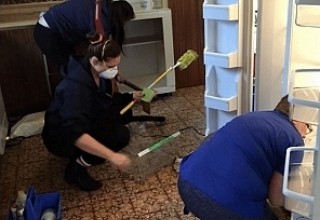 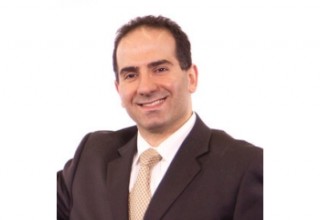