DIAMOND BAR, Calif., January 4, 2018 (Newswire.com) - On Dec. 13, 2017, the Global Unmanned Systems Conference and China’s International Unmanned System Expo opened in Zhuhai. Business representatives and domestic and foreign experts in science and technology jointly discussed the strategy of technological innovations and industry changes in unmanned systems. At the Zhuhai International Convention, where the expo took place, there was exhibited a variety of UAV products such as “black technologies”.

As the global innovation landscape changes, the new unmanned system industry has been born. In recent years, UAVs have developed rapidly and have turned into very hot markets. Driven by new technologies, materials and new energy sources, the UAV industry has also secured new opportunities for development. The industry has also quietly garnered a huge market value of one trillion.

Mr. Liu Pan has introduced many of Ewatt’s products and services to police and emergency applications, exploring the development of police UAVs and focusing on the module equipment and the functions. Mr. Liu Pan said, “At present, the development of police UAVs is still facing the problems of low entry barriers, mixed performance of products, lack of operational standards for performing tasks, lack of flight supervision and data processing, all of which needs to be solved.” Mr. Liu Pan also stressed, “With any UAV flight operations, safety needs to be our number one priority.”

Fire-fighting helicopters and fire-extinguishing UAV systems can reach any height compared to highly restricted fire-fighting trucks. The EWZ-H6, a newly developed fire extinguishing UAV, has a powerful maximum take-off weight of 40 pounds and an endurance of up to 2.5 hours. The aircraft uses six-axis tiled structures, the arm can be folded vertically down and can carry about 6 pounds of fire-fighting equipment.

After determining the area of fire, the front of the fire extinguishing UAV uses an ultrasonic ranging module to confirm, for example, a broken window and the UAV can be manually controlled or automatically controlled to smash the window of a high-rise building, implementing rescue. Fire-fighting UAVs have broad application prospects and can effectively be used ensuring the safety of firefighters and soldiers in the future.

With fire-fighting UAVs, there is less space restriction, easy to reach heights, and its more suitable for urban high-rise building fires. With high-rise buildings, using a UAV is easier for passing information to people trapped in the building. In addition, the UAV can be equipped with escape tools such as life-saving ropes, medicines, etc. to help those trapped.

Ewatt’s face recognition system uses a regional feature analysis algorithm and the use of computer image processing technology from the video to extract the three-dimensional feature points that can be matched to advance the input system to face information and follow in real time. With all aspects of human face detection capabilities, the recognition rate is as high as 80 percent.

In the exhibition area, the face recognition system is mounted on the EWZ-S8 multi-rotor UAV, with high-power optical zoom lens that can be identified over the line of sight; with face detection, automatic exposure, face tracking detection and automatic adjustment of image magnification along with other functions. The system has a wide range of application scenarios and has broad prospects in areas such as anti-terrorism and investigations at high altitude.

A UAV equipped with face recognition seems to be out of a Hollywood movie but is now a readily available product and has become the market’s main strength.

In response to the current technical bottlenecks that are common in the UAV industry for short battery life, Ewatt independently designs and develops UAV smart charging platforms. The system uses fast charge - a balance charging method, saving time while charging UAVs to ensure the safety of charging; using automatic control of microcomputer intelligent start and stop and is truly unmanned, reducing outgoing workers, who carry much battery burden.

When the UAV battery consumption reaches a certain degree, UAV precision navigation through RTK and visual guidance technology, helps to achieve precise landing. Then begins the process of charging and the charge information is displayed on the screen in real time. When the charging platform detects a full charge, the drone begins to take off and continue its inspection mission.

Ewatt states that at present, this smart charging platform system is ideal for use in power patrols, base station inspections, construction sites, rail, oil and gas exploration including other fields. Most importantly, if people are not located on-site or there are dangerous working environments, this is when the smart charging platform becomes more convenient. The UAV platform can also be customized according to user needs and application scenarios to achieve UAV smart take-off and landing using autonomous charging.

The UAV smart charging platform will not only help expand the industry for more potential applications but will provide a good start for the current long-distance life of the drone.

As the “smart era” is kicked off, the unmanned system and its industry ecosystem continues to innovate and evolve, creating a variety of product formats and is quickly entering the first-tier application level. With the further development of the UAV industry, the level of production and technology to further advance the UAV system will create more possibilities. 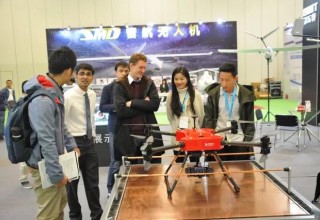 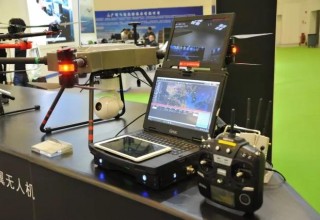 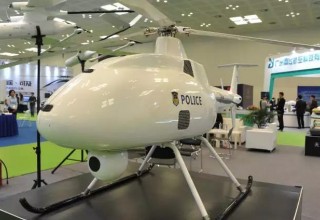 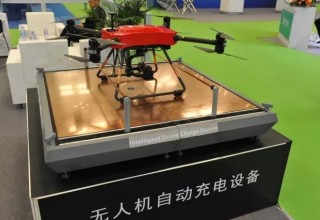