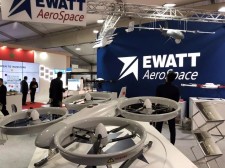 The seven-day air show has made this relatively unseen airport in Hampshire the “the beating heart” of the global aviation industry. As fighter planes soar through the sky, companies are busy looking for orders that can place money into their wallets. The first day of the air show announced a $46.4 billion dollar deal, highly exceeding the $23 billion reached on the first day of the 2016 air show. It is estimated that the number of commercial aircraft orders will reach 14,327 during the entire show, which will be the largest ever.

The biennial Farnborough Air Show is the second-largest air show in the world, and its scale and popularity are comparable to those of the Paris Air Show. At this year’s Farnborough Airshow, the number of exhibitors reached a record high, covering many areas of the aviation industry. For the second time, China participated in the exhibition in the form of a national pavilion. This is the first international flight that Chinese companies participated in after the National Development and Reform Commission and the Ministry of Commerce issued the "Special Management Measure for Foreign Investment Access (Negative list) (2018 edition)".

At the airshow, in addition to the large variety of commercial airliners, the drone industry cluster has also become a highlight. It is reported that the companies that have participated in the exhibition include Ewatt Aerospace, Tengdun Technology, among other Chinese drone companies.

This model combines the advantages of electric multi-rotor and oil-powered helicopters to provide a more efficient and long-lasting powertrain. For the needs of industry-level applications, the conventional 30-minute battery life has been increased to 120 minutes, the maximum payload is 20kg and the maximum take-off weight is 40kg, breaking the load demand of more than 80 percent of the civil drone market.

At the scene, there is also a hydraulic vertical take-off and landing fixed-wing UAV that is also receiving much attention. Its maximum take-off weight can reach 24kg, without a payload, the flight endurance of the UAV is 4.5 hours and the economic cruise fuel consumption can be as low as 1.5L/100km. The double-tailed linkage design makes the rudder more effective and the steering movement more sensitive. The steering motion can also be achieved in the event of a servo failure. In addition, its flight control can be controlled autonomously, enabling, multi-rotor and fixed-wing mode switching, and aircraft safety is higher.

Ewatt Switzerland says that the aviation industry is a global industry. Therefore, at this airshow, Ewatt attached great importance to demonstrating the strength and willingness of the company's international cooperation and communication to the international aviation industry. Ewatt has long been exploring the independent R&D and manufacturing of civil industrial-grade UAVs. The UAV industry application solution is also one of our core businesses. Ewatt has been deeply involved in more than 10 fields such as power-line inspections, police and fire protection, news, film and television, logistics and distribution, as well as energy inspection, etc., and has maintained a leading position in the market with sufficient practical experience and accumulated resources.

At the same time, the British aviation industry is the pillar industry of the national industrial system. We hope to promote more global deep cooperation in the field of UAV aviation technology, actively expand the international market of civil drones and increase the international cooperation partners based on the industrial chain. In order to move to the world stage, there needs to be built a platform to further enhance communication and promote the development of the Ewatt Aerospace UAV global industrial chain.

The aircraft industry is a global industry. The National Development and Reform Commission and the Ministry of Commerce Measures for Foreign Investment Access (Negative list) (2018 Edition) by Order No. 18,  that was implemented on July 28, 2018, had a series of major opening measures that were introduced. Among them, the aircraft manufacturing industry will cancel foreign capital ratio restrictions in 2018, including trunk aircraft, regional aircraft, general aircraft, helicopters, drones and aerostats. This provides a strategic opportunity for China’s aircraft manufacturing industry to become stronger, bigger and further integrated into the world of the aviation industry and value chains. 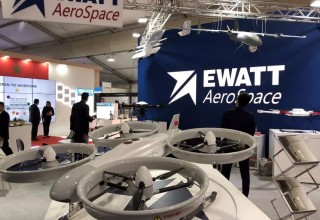 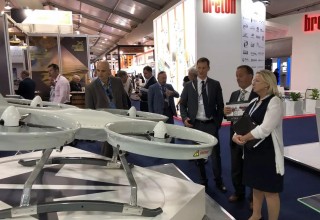 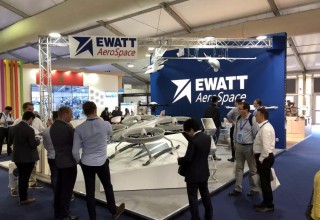 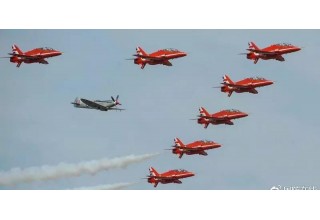