Tender Ballad by Cedar Breaks ® Wins Awards Across the Country 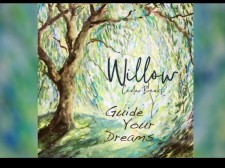 SALT LAKE CITY, February 28, 2018 (Newswire.com) - Cedar Breaks © Band recently released, “Willow”,  a new song and Music Video that has won over a dozen awards in Film and Music Festivals across the country.  “Willow” was written by band member Rebecca Croft, who got her inspiration with the metaphor of the magnificent scenery of the endless mountains of Northern Utah and pondering how she could share those memories in the loneliness that is present when a loved one is away.

“Willow” speaks of how love transcends distance and time ... The surprise ending was a last-minute adaptation realizing the great sacrifices that are made every day by our courageous men and women in uniform, and that we sometimes forget that the sacrifice is two-sided. Asked to describe the song for someone that has not heard it, one band member replied, “It’s a simple lullaby about true love and longing for someone that is away.  We also wanted to find that place between sleep and awake that is very special and to give our listeners something to dream by.”

Cedar Breaks © Band recently released, "Willow", a new song and Music Video that has won over a dozen awards in Film and Music Festivals across the country.

Prior to “Willow” the Band recently crossed their genre line with the song “Ayre” and won a number of awards including “Best Rock Song, “Best American Song” and “Best Pop Music Video”. Though the basic trend of Cedar Break’s © music is labeled “New Age Folk,” the band is very diverse and loose with that designation, presenting songs with rock, blues, bluegrass, and even gospel leanings. They combine strong and interesting harmonies with diverse settings of instrumentation including Classical guitar, rock guitar, violin, piano, banjo, and drums.

The Band believes that the message of their songs and media, which includes music, films, music videos, and books has the power to help ask the right questions and that answers can come to those that will take the time to listen.

The interesting combinations of style, age, and different musical backgrounds of the band members has produced a sound that has been noted as being “fresh, distinctively different and timeless.”

They also have a talented naturalist photographer that they work with, Norm Bosworth from BCI video; and they have a dancer, BYU student Chanel Kostich.

There is also an interesting inter-faith part of their story. The Band’s music and videos have also been played at many Christian music and film festivals across the country and even winning some. One band members pointed out, “We have so much is common and societal goals with other faiths, so we want to find ways to celebrate these and to work together. Though the band presents its media as non-denominational, they bring the spirit of who they are to the world. Cedar Breaks © believes that their message can transcend the different faith traditions.”

Some of the band's most popular songs and music videos that apply to Utah include:

Light (used at the 2002 Winter Games; filmed in the Wasatch Mountains)

Always Mine (filmed at the Salt Flats) 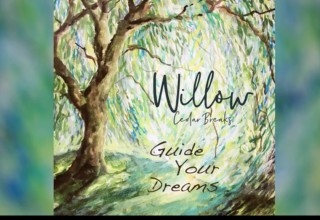 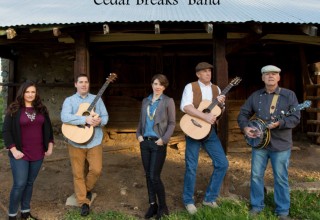