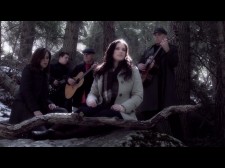 Cedar Breaks is known for rich harmonies, strong messages, beautiful cinematography and a fresh new sound. The band believes that the message of their songs and media has the power to help ask the right questions and that answers can come to those that will take the time to listen. Band member Mike Ericksen is quoted as saying, “Having our music showcased in diverse festivals including Christian events is exhilarating and humbling.” He went on to say, “The directors and patrons were helpful, enthusiastic and kind. It seems that there is a lot of room for tolerance and the celebration of our common values.” One of the largest, the International Christian Film and Music Festival in May, included several of the band’s songs, videos and a live performance. They also screened the award-winning historical documentary “Walking in Obedience, The Ole Madsen Story,” the story of the Mormon handcart journey that is an adaptation of the historical novel “Upon Destiny’s Song” (https://youtu.be/aaV61jvoem0).

The band spends a lot of time making films that contain a moral theme and highlight the beauty of their home state. These include award winners like:

"Light" (used at the 2002 Winter Games; filmed in the Wasatch Mountains)

“Willow” speaks of a love that transcends distance and time. It’s a simple lullaby about true love and longing for someone that is away. Willow has won over a dozen festival awards since its release in the fall of 2017 including Best Song, Best Music Video, and Fan Favorite.

“Ayre” speaks to the inner desire to get back to nature and has also won a number of festival awards including “Best Rock Song, “Best American Song” and “Best Music Video.”

Though the basic trend of Cedar Break’s© music is labeled “New Age Folk,” the band is very diverse and loose with that designation, presenting songs with rock, blues, bluegrass and gospel leanings. They combine strong and interesting harmonies with diverse settings of instrumentation including classical guitar, rock guitar, violin, piano, banjo, and drums.

The interesting combinations of style, age and different musical backgrounds of the band members has produced a sound that has been noted as being “fresh, distinctively different and timeless.”

Cedar Breaks also works with a talented naturalist photographer, Norm Bosworth, from BCI video, and they have a dancer, BYU student Chanel Kostich. 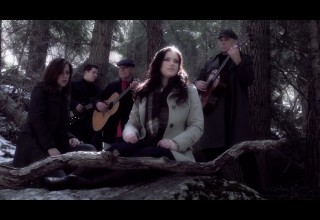 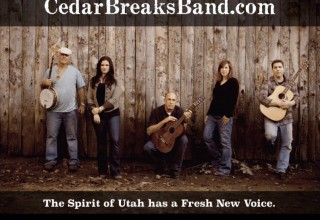