Summer is Heating Up at The Film Detective

The Film Detective Celebrates Summer 'Too Hot To Handle' Titles with Pre-Code, Crime and Everything in Between 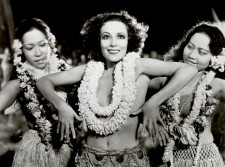 ROCKPORT, Mass., June 30, 2020 (Newswire.com) - ​​​The Film Detective (TFD), a classic media streaming network and film archive that restores and distributes classic films for today's cord-cutters, is heating up this summer with a selection of titles from hard-boiled crime dramas to scintillating Pre-Code and film noir.

Steamy beach comedies and mysteries will be featured, including Jayne Mansfield’s The Fat Spy (1966) and John Huston’s The Bermuda Triangle (1978). Crime dramas including The Great St. Louis Bank Robbery (1959), featuring a then-unknown Steve McQueen, will accompany Pre-Code favorites including Bird of Paradise (1932). This summer’s “Too Hot To Handle” titles will join The Film Detective’s extensive collection of over 1,700 classic film and television titles, available worldwide for $3.99 per month or $34.99 for the entire year.

The Film Detective’s July titles come in anticipation of the limited-edition Blu-ray and DVD release of the spellbinding Pre-Code feature The Sin of Nora Moran (1933). The film features a stunning, new 4K restoration in conjunction with the UCLA Film & Television Archive and a documentary on Zita Johann, narrated by film historian and producer Samuel M. Sherman and produced by Daniel Griffith at Ballyhoo Motion Pictures, to be released on July 29, 2020.

The Film Detective is also proud to announce new titles and marathons coming to its live channel on Sling TV, STIRR, and DistroTV. Starting July 1, chapters from the sci-fi serial Captain Video: Master of the Stratosphere (1951) will be joining the weekday morning television lineup.

On July 1, TFD will celebrate the 104th birthday of Olivia de Havilland with Santa Fe Trail (1940) and Proud Rebel (1958). The Film Detective will also celebrate the birthday anniversaries of Barbara Stanwyck and Ginger Rogers on July 16 with titles including The Strange Love of Martha Ivers (1946) and Heartbeat (1946).

The Film Detective is a leading distributor of restored classic programming, including films, television, foreign imports, and documentaries. TFD has distributed its extensive library of 3,000+ hours of film on DVD and Blu-ray and through platforms including TCM, NBC, EPIX, Amazon, PBS, and more. The Film Detective app is offered via web, Android, iOS, Roku, Amazon Fire TV, and Apple TV and is available live on Sling, STIRR, and DistroTV. Visit us at https://www.thefilmdetective.com/.