Strip Clubs Rob Communities of Charm? Not So. 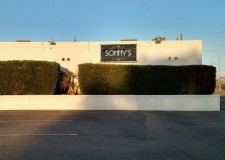 Phoenix, AZ, August 15, 2016 (Newswire.com) - ​​​The Association of Club Executives, "ACE", wrapped up its annual EXPO this week in New Orleans. Attendees included members from many state chapters, such as ACE of Georgia and the Public Policy Regulatory Alliance of Arizona. As in preceding years, ACE offered a variety of informative seminars, meetings and panels of experts.  Of the many topics discussed, unsubstantiated claims of negative secondary effects against the adult nightclub industry was once again one of them.

For over a decade, negative secondary effects arguments against the adult entertainment industry have been numerous and all over the map. Some claim a strip club presence leads to increases in crime, while others argue that this presence diminishes surrounding property values, notwithstanding a lack of evidence to support these conclusions and the availability of facts that directly counter them.  Most recently, strip clubs have been accused of robbing communities of "charm".

"This is a claim defying simple logic where cause and effect are completely reversed."

A recent Rentlingo.com article attempted to make this case and declared Phoenix, Arizona one of the least charming cities in the nation. Phoenix's lack of charm was determined by tallying up the presence of strip clubs, inserting them into the same category as pawn shops and payday loan stores. Both KTAR and Phoenix Business Journal deemed the Rentlingo.com article worthy of repeating.

According to Rebecca DeVaney, the Executive Director of ACE Arizona Chapter Public Policy Regulatory Alliance, "This is a claim defying simple logic where cause and effect are completely reversed."

In 2015, DeVaney (who is also an adult nightclub owner) helped spearhead an Arizona based survey conducted of over 200 women employed as exotic dancers which yielded useful information on the matter: a majority of dancers are not college educated, are single mothers, and are generally struggling financially. "In short, these young women are not trying to part otherwise decent men from their moral sensibilities; they are simply doing their best to support their families, given their limited socioeconomic circumstances," states DeVaney.

As of January 2016, the City of Phoenix reported 3,133 licensed adult cabaret performers/erotic entertainers working to make a life for themselves. These numbers are worthy of consideration.  With the shortage of more "charming" jobs and a lack of education or other formal training, these young women are utilizing a skill set they possess to put food on the table and make ends meet.