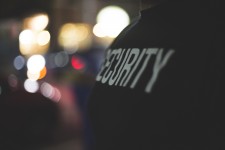 PHOENIX, Ariz., August 1, 2017 (Newswire.com) - ​Earlier this year, Heather Jones was faced with the unthinkable task of saying goodbye to her beloved husband, 37-year-old Luke Jones, a Daisy Mountain firefighter and paramedic. Jones' untimely death was determined to be the result of an assault that occurred at a Phoenix nightclub during which one of the club's bouncers, 26-year-old Brandon Draper, is alleged to have struck the 12-year veteran of Daisy Mountain Fire Department repeatedly. Though Draper has been charged with second-degree murder in connection with the incident, Heather believes more should be done to prevent such a tragedy from occurring in the future.

Recently, she has proposed that state legislators pass a bill requiring stricter hiring and training policies for bouncers in Arizona, an initiative that has the full support of members of the Public Policy Regulatory Alliance (PPRA). The PPRA is the Arizona chapter of the Association of Club Executives, a trade association of America's adult nightclubs.

When hiring, I prefer security personnel with law enforcement or military backgrounds and would be hesitant to hire anyone with a background in mixed martial arts such as Brandon Draper had.

Currently, Scottsdale is the only city in Arizona to have developed a police department-lead security training program required of bouncers working in Scottsdale nightclubs. But according to Rebecca DeVaney, the executive director of the PPRA, mandatory training should be implemented state-wide. As an adult club owner herself, DeVaney requires a background check and ongoing training for all security personnel. Bouncers are required to obtain security guard certification cards from the Department of Public Safety and routinely participate in drills that teach them how to de-escalate a situation before it becomes a physical altercation. "When hiring, I prefer security personnel with law enforcement or military backgrounds and would be hesitant to hire anyone with a background in mixed martial arts such as Brandon Draper had," states DeVaney. Additionally, staff attends annual sex-trafficking prevention courses conducted by the Department of Homeland Security.