SAN DIEGO, Calif., January 17, 2018 (Newswire.com) - Stewart Shamon, Founding Partner, Shamon Law, APC, has joined The Expert Network, an invitation-only service for distinguished professionals. Mr. Shamon has been chosen as a Distinguished Lawyer based on peer reviews and ratings, dozens of recognitions, and accomplishments achieved throughout his career.

Mr. Shamon outshines others in his field due to his extensive educational background, numerous awards and recognitions, and exceptional client service. He received his bachelor’s degree in Criminal Justice from San Diego State University in 2008 and went on to earn his JD from California Western School of Law in only two years, completing the degree in 2012.

Named to the National Trial Lawyers’ Top 100, Top 40 Under 40, and Top 25 Motor Vehicle Trial Lawyers, Mr. Shamon brings a wealth of knowledge to his industry, and, in particular, to his area of specialization, personal injury law. When asked why he decided to pursue a career in law, Mr. Shamon said:

“When I was younger, I was involved in a major car accident. I had the right of way at a green light turning left, when a Jeep Wrangler blew through a red light and hit me almost head on at approximately forty-five miles-per-hour. I still remember the accident like it was yesterday; I remember feeling trapped in my car, dazed and confused, scared and alone. I wanted to make sure that people who went through what I want through would have the best possible representation and know that they are not alone and that we are here to be on their side."

Mr. Shamon founded Shamon Law, APC in 2013 which he has since built into one of the most respected personal injury firms in San Diego. Today, the firm handles a wide range of personal injury cases, including those related to car accidents, slip & fall accidents, brain injury, wrongful death cases, medical malpractice, and product liability.

As a thought-leader in his field, Mr. Shamon keeps his finger on the pulse of prevailing trends in personal injury law. In particular, he notes that there has been increasing difficulty in trying cases against large insurance companies: 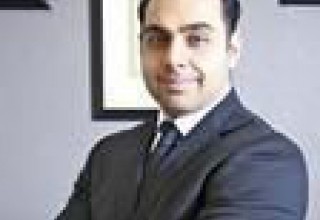