Steven P. Minks Has Been Recognized as One of the Top in His Industry by the Expert Network©

POTEAU, Okla., October 17, 2017 (Newswire.com) - Steven P. Minks, founder, the Law Office of Steven P. Minks, has joined The Expert Network©, an invitation-only service for distinguished professionals. Mr. Minks has been chosen as a Distinguished Lawyer™ based on peer reviews and ratings, dozens of recognitions, and accomplishments achieved throughout his career.

Mr. Minks outshines others in his field due to his extensive educational background, aggressive client representation, and numerous awards and recognitions. Mr. Minks was given the Academic Excellence Award for Criminal Justice upon graduating with his bachelor’s degree in 2010 and was on Dean’s List for both his undergraduate studies and law school. While earning his Juris Doctor from the Mississippi College School of Law, he served as the President of the Public Interest Law Group and was an active participant in the Frederick Douglass Moot Court as well as the Langston and Langston Trial Competitions.

The recipient of the National Academy of Criminal Defense Lawyers’ Top 10 Under 40 Award, Mr. Minks brings a wealth of knowledge to his industry, and in particular to his areas of specialization, criminal defense, personal injury, and civil rights law. When asked why he decided to pursue a career in law, Mr. Minks recalled the formative experience which inspires his daily fight to protect his clients' rights:

"When we were kids, my friend and I got into a fight with some players on the baseball team. We were way outnumbered, and just when my friend was getting the better of the fight, five or six guys jumped him all at once. In defending himself, he injured one of the attackers in the shoulder, and he was actually charged with attempted murder. Nobody in my neighborhood would say anything to the police—the rich white kids and their coach on the baseball team just blamed it all on the black guy, basically.

"I knew it was wrong to charge him with attempted murder because he was defending himself. I appeared at a preliminary hearing in testimony for the defense, and they wound up reducing the case to a misdemeanor, so it had a favorable outcome. And so I got to see firsthand how unfair the criminal justice system can be. I went on to college and got a degree in criminal justice and then went into criminal law."

Mr. Minks initially focused his firm’s practice on civil rights litigation and personal injury law, but more recently has begun to establish a name for himself in criminal defense cases. Notably, he served as local counsel on the notorious Eh Wah case, which resulted in civil asset forfeiture reform nationwide. He also fought to keep a local family's house from being condemned. Mr. Minks’ reputation as a tenacious legal defender has earned him the nickname “The Poteau Pit Bull,” a moniker he embraces with pride.

As a thought-leader in his field, Mr. Minks pays special attention to any and all trends in legislation that might affect his practice. In recent months, for example, there have been changes regarding possession of dangerous substances—Mr. Minks closely follows the state statute on trafficking, which determines whether these offenses are classed as felonies or misdemeanors. 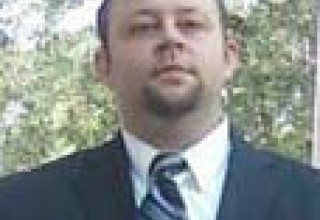