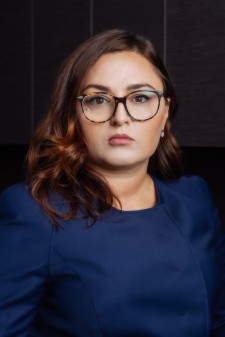 GENEVA, September 14, 2020 (Newswire.com) - In an interview originally published by Reuters, Mariam Almaszade, CEO of SOCAR Trading, announced that the firm has returned to expansion mode and aims to increase its presence in liquefied natural gas (LNG) and U.S. crude. The expansion follows the firm’s reorganization two years ago and strong results for the first half of 2020.

Almaszade said the Geneva-based trader had hit its full-year profit target in the first half of the year in a conversation with reporter Julia Payne of Reuters. The company was able to balance clearing oil produced by parent company SOCAR and take advantage of the volatility in the market in recent months due to the COVID-19 crisis.

Almaszade explained how the group was able to beat the mad scramble to sell its crude in late March. “We saw the depression starting in the Mediterranean, and so we diverted our crude and almost all our Azeri light went to Asia in March,” she said.

SOCAR Trading's chief trading officer Hayal Ahmadzada said that the firm had only been left with one or two distressed cargoes after deciding early to accept low offers.

Almaszade, who took the helm at SOCAR Trading in 2018, stated, “We have a global crude desk now, it was all merged. We hired a few more North Sea traders after cutting back substantially. We still have a U.S. office and we’re looking to reinvent it.”

She had planned to hire more traders in the U.S. expansion earlier this year but the COVID-19 pandemic forced the firm to delay its plans.

A foray into trading oil in China was also pulled back. The firm hired a China-focused team a few years ago but the area proved hard to penetrate.

“Chinese imports are dominated by Chinese majors. We tried to establish a presence in China but we realized there was substantial competition, very thin profit margins and credit issues,”​ Ahmadzada said.

SOCAR Trading said third-party crude accounted for 65% of its traded volume last year but didn't give a total figure. In 2018, SOCAR traded around 1.2 million barrels per day of crude, according to its website.