Lunasin and Deanna Protocol® is helping Veterans with ALS to improve quality of life.

CORAL SPRINGS, Fla., November 9, 2017 (Newswire.com) - ​Veterans Day is an important time to raise awareness of the ongoing health, physical and mental issues encountered by veterans during and after service. Recent studies show that veterans have a 60 percent higher risk of getting ALS than the general population.

"We don't know what about service could lead to increased risk of the disease in veterans," said Patrick Wildman, vice president of public policy for the ALS Association. "It could be a variety of factors from head trauma and excessive physical activity to exposures. It also could be a combination of a genetic predisposition with an environmental trigger." The Mayo Clinic surmises that reasons for the connection "may include exposure to certain metals or chemicals, traumatic injuries, viral infections and intense exertion" but says that "exactly what about military service may trigger the development of ALS is uncertain."[1]​​

Simplesa® is committed to helping veterans. They have a dedicated customer support staff of veterans to assist with questions about Simplesa's Lunasin product called LunaCell™ and the Deanna Protocol®.

These statistics are so staggering and alarming that Veterans Affairs has made ALS automatically service connected.

It doesn't matter in which era the veterans served. From World War II through the Gulf War and even in peacetime, multiple studies show that the rate at which vets develop the condition is still twice as high as non-vets. In fact, the evidence is so convincing the Department of Veterans Affairs has assumed since 2008 that a veteran's ALS is automatically service-connected.[2]

Finding ways to combat the onset or slow the progression of ALS is critical for patients with ALS (PALS) until a cure is found. Improving the quality of life for all those with ALS is a focus for Simplesa®. The Deanna Protocol® (DP) is an all-natural metabolic program that works to support mitochondria dysfunction with energy production and counteracting oxidative stress. DP helps improve the quality of life for people with ALS. Patients who consistently follow the plan have reported an improvement in energy production, reduction in muscle twitching and cramping, and improved coordination, balance, and limberness.

Lunasin, a soy peptide that may alter histone acetylation, has been associated with ALS reversal.[3] Lunasin was the first dietary compound with an identified epigenetic mechanism of action. PALS often have elevated levels of free radicals. Lunasin is significant to the ALS population as multiple studies show Lunasin helps reduce free radical production while also scavenging free radicals. Research indicates that veterans with ALS and/or similar neurological issues have damage that is receptive to epigenetic therapies like Lunasin.

Dr. Richard Bedlack, Professor and Director of the ALS Clinic at Duke University, is conducting a study on Lunasin in 50 ALS patients. The study is a first of a kind clinical study that is investigating the efficacy Lunasin in the support of ALS. It’s the fastest enrollment study ever conducted in their history. The clinical trial is based on Mike McDuff, an ALS patient who showed a remarkable reversal after taking bioactive Lunasin. He gained back his weight, went off his feeding tube and could talk again. Not all people will have the same results, but it greatly improved Mike’s quality of life.[4]

Simplesa® is committed to helping veterans. They have a dedicated customer support staff of veterans to assist with questions about Simplesa’ s Lunasin product called LunaCell™ and the Deanna Protocol®.

Simplesa® has always been steadfast to meeting the unmet needs of its consumers, and they quickly saw the benefit to PALS to provide more options with the Deanna Protocol® products and LunaCell™. These two complementary regimes provide additional choices for PALS to help improve their quality of life.

About Simplesa®
Simplesa® was founded in 2013 because it saw a need and had a solution. ALS patients were having success following the Deanna Protocol, but it was too complex and expensive the way it was distributed. Simplesa® formulated products specifically for these ALS patients to simplify their regimen and lower the cost of the products they take. The brand is continuously on the lookout for other similar situations to help patients keep their supplemental and nutritional regimes simple. 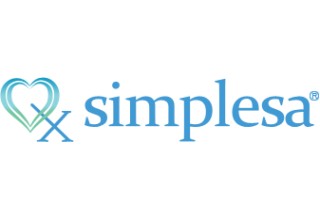 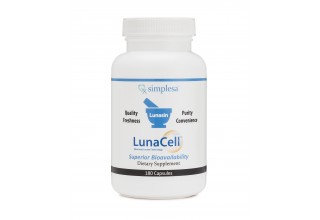 With Simplesa, complex nutrition is made simple. If you're looking for new or hard-to-find products, or products that target a specific health focus, you've come to the right place.

Simplesa® is Now Offering the Deanna Protocol® and Lunasin to ALS Patients
Simplesa, a nutrition company established in 2013 has expanded its products for the Deanna Protocol with the addition of LunaCell™.
Simplesa Nutrition - Oct 5, 2017

Simplesa® Announces the Launch of LunaCell™ - Most Advanced Form of Lunasin™
LunaCell™ is the next generation and most bioactive form of Lunasin available
Simplesa Nutrition - Jul 13, 2017