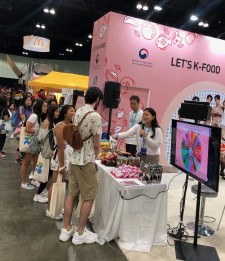 LOS ANGELES, August 23, 2019 (Newswire.com) - The Ministry of Agriculture, Food, and Rural Affairs of Korea and Korea Agro-fisheries and Food Trade Corporation Los Angeles (aT, CEO Lee Byung Ho) have successfully operated Korean food booths at KCON 2019 LA, which is one of the biggest Korean cultural festival in the U.S. They specifically targeted millennials who have the power in consumerism in the states, as these millennials focus on social media content and first-hand experiences.

Ricky Hwang – a famous chef who prepared catering at the Oscars after-party dinner at Hotel Nomad LA – introduced quick and easy K-Food recipes, such as handmade bulgogi bibimbap, kimchi pancake, and citron cake; many visitors waited in line for hours to taste these K-food delicacies. Healthy drinks, such as Omija sparkling drinks and King Bean Tea, were served in order to substitute conventional soda and coffee, which, in turn, made visitors thrilled and intrigued about other traditional Korean foods like kimchi and soybean paste.

“This K-Food event made many visitors more interested in Korean food and culture,” said Jennifer Park while visiting her fourth KCON event. “I am very happy to have learned how to make bibimbap, which is one of my favorite Korean foods. Even two famous influencers – ‘LA Foodie’ and ‘Hangrydiary’ – posted about K-Food events on their social media accounts, so I am pretty sure that they informed a lot of people about Korean Foods and Korean Culture.”

Mr. Hyun Gon Shin, the Executive Vice President of aT, revealed, “I believe that the Hallyu Concert [KCON 2019 LA] and the correlating Korean agri-food content were great tools that will now bring about familiarity to those young, unexposed consumers. We will be actively navigating the existing Korean Wave, which has been gaining popularity in the U.S. market, in hopes of making Korean food USA’s representative ethnic food.”

The next K-FOOD event is becoming highly anticipated in regards to where it will happen next and in what form. 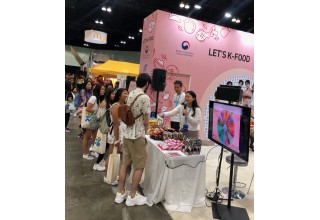 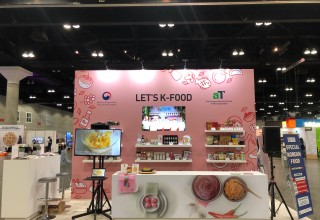 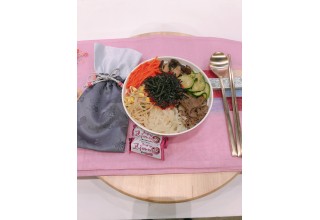 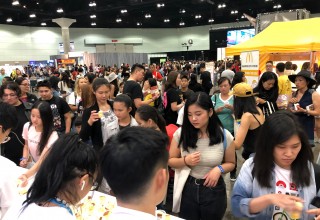