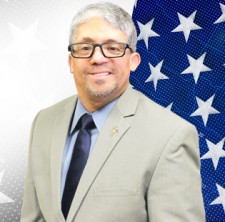 RIVERSIDE, Calif., June 4, 2018 (Newswire.com) - Dr. Norman Quintero has established in his public policy platform strategies to combat discrimination based on one’s religion. Pastor Quintero's initiative has the purpose of protecting human values and defending the fundamental freedom to exercise an individual’s faith. Based on faith as a creator of acts of justice, mercy and tolerance, Dr. Quintero recognizes and enforces the work of people of faith and religious organizations and supports that work where possible.

“As a man of faith and respectful of the law, different forms of faith should have a space in the community and should be respected,” said Quintero.

Cities and communities deserve people in public positions with the knowledge and awareness of the dangers of discrimination in all its ways.

“Religious discrimination unchains a series of dangerous events disrupting the stability of a diverse ethnic community, like attempts to eliminate religious groups, prohibition of worship or practice of certain beliefs, harassment over religious dress and more. It can be perpetrated by individuals, governments, at workplaces, in communities or even schools,” conclude Quintero.

Despite the fact that Senior Pastor Dr. Norman Quintero preaches in his own church Gethsemane in California, Quintero strongly believes that religious discrimination is a social attitude that segregates people.

“I know that our nation, our communities and our lives are made vastly stronger and richer by faith and the countless acts of justice, mercy and tolerance it inspires. I also strongly believe in the power of national service to solve problems and break down barriers by bringing people of all backgrounds together in common purpose. National service expands opportunity for people across America, strengthening our communities and our country. And those who serve earn education awards that they can use for college while building valuable work skills,” said Dr. Quintero.

“Cities and communities deserve people in public positions with the knowledge and awareness of the dangers of discrimination in all its ways,” concludes Dr. Norman Quintero.

Dr. Norman Quintero was born on the Island of Puerto Rico and holds two doctorate degrees. He is a licensed real estate broker in Florida and California where he is also a mental health clinician in the City of Menifee. He owns Hispanic radio and television networks that reach more than nine million people daily and hosts a nationwide television show each week. He is also the senior pastor of Iglesia Getsemani located in Orange County, California. For more than 20 years, he has created charitable programs that now feed more than 100,000 low-income, homeless and veterans, and that have provided toys to nearly one million children.