Vote for Richard DeNapoli for Broward Soil and Water Conservation District to save Florida's beaches. 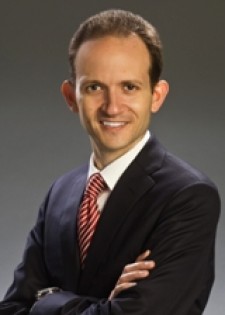 The Broward Soil and Water Conservation District (BSWCD) is a political subdivision of the State of Florida created to implement Chapter 582 Florida Statutes, in general for the purpose of “conservation of natural resources, preserve wildlife, protect lands of the state and protect and promote the health, safety and general welfare of the people of the State of Florida.” The BSWCD promotes leadership in the conservation of natural resources through stewardship and education programs.

Florida puts a lot of stock in the importance of soil erosion and water conservation since agriculture has been and always will be a part of the Florida economy. But another consequence of this is the conservation of the beaches that make up a great deal of Florida’s tourism dollars – and safety of the beaches and the dunes are part of the remit of this organization.

Mr. DeNapoli is very interested in serving the State of Florida and Broward County and its constituents. He won the seat of State Committeeman of Broward County on August 30. He received over 50% of the votes over his two opponents. Mr. DeNapoli is a former Chairman of Broward County Republican Executives. In 2007, Richard DeNapoli was appointed as a Commissioner to the Florida Real Estate Commission (“FREC”), and subsequently reappointed when that term was up. Both of his appointments to the FREC were confirmed by the Florida Senate.

He was unanimously elected to serve as the Chairman of the Florida Real Estate Commission from 2010-2011, and he continued to serve on the Commission for two terms over six years through December 2013. Richard also served as the Treasurer and Chairman of his local Republican Party where he grew up.

Richard DeNapoli is an attorney who works in the trust company field in South Florida. He lives in Broward County, Florida, where he practices real estate, financial planning, estate planning, probate administration and election law. In addition to his practice of law and work for trust companies, Attorney DeNapoli is a Certified Financial Planner® and holds licenses as a Florida Real Estate Broker and Mortgage Broker.

DeNapoli served as a prosecutor in Orange County, Florida for a short time after law school, prosecuting third degree felonies, before returning to South Florida to care for his grandmother when his grandfather passed away in June 2003.

Richard DeNapoli has over 12 years of experience in law and trust services. He is a native of Hollywood, Florida, and a graduate of the University of Miami School of Law (2008, LL.M., Estate Planning), Fordham Law School (2002, J.D.) and New York University (1999, B.A., Politics; B.A. Italian).