Richard DeNapoli, a practicing attorney in South Florida, was selected as an alternate delegate in District 23. Mr. DeNapoli is a former Chairman of Broward County Republican Executive Committee. 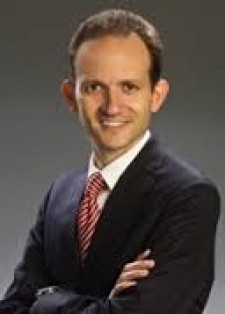 Mr. DeNapoli is a firm supporter of Donald J. Trump for President of the United States. He was the MC at the Trump rally held in Boca Raton on March 13, 2016. In his speech that night, he lauded Trump as being the only candidate to break through the gridlock of politics in Washington. He claimed that Trump can overcome the establishment to make our country great again.

In addition to his practice of law, Attorney DeNapoli is a Certified Financial Planner® and holds licenses as a Florida Real Estate Broker and Mortgage Broker.

Richard DeNapoli has over 14 years of experience in law and trust services.  He is a native of Hollywood, Florida, and a graduate of the University of Miami School of Law (2008, LL.M., Estate Planning), Fordham Law School (2002, J.D.) and New York University (1999, B.A., Politics; B.A. Italian).