Richard B. Herman Has Been Recognized Among the Top in His Industry by the Expert Network© 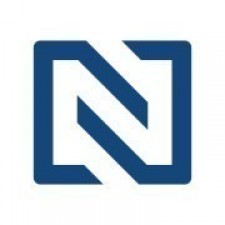 New York, NY, April 7, 2016 (Newswire.com) - ​​Richard B. Herman, Attorney at Law, Law Offices of Richard B. Herman, P.C., has joined The Expert Network, an invitation only service for distinguished professionals. Mr. Herman​​​​​​​​​​ has been chosen as a Distinguished Lawyer™ based on peer reviews and ratings, dozens of recognitions, and accomplishments achieved throughout his career.

Mr. Herman​​​​​​​​​ outshines others in his field due to his extensive educational background, career longevity, and numerous awards and recognitions. He earned his Juris Doctor degree from The Temple University School of Law in 1982. While attending Temple Law, he participated in National Moot Court Competitions in Houston, Texas and in New York City. He holds an undergraduate degree from Lehigh University. Mr. Herman has been recognized by New York Super Lawyers and has earned the “AV” Preeminent rating from Martindale-Hubbell®.

"It was pretty much a baptism by fire. At the beginning of my career, I was practicing predominantly complex civil litigation, and then I was compelled to participate in a federal criminal insurance fraud case. I went on to win an acquittal in the largest insurance fraud in the history of the United States, and from that point on, there was no looking back.”

As a thought-leader in his industry, Mr. Herman is regarded as one of the foremost authorities on matters of criminal defense and beyond. Having served as lead counsel on numerous high-profile cases, he is no stranger to the spotlight. Herman has been featured for his expert insight on CBS 60 Minutes, CNBC American Greed, and he has regularly appeared as a legal analyst on CNN for the past fifteen years. Additionally, he teaches as an Adjunct Law Professor at both Duke University and the University of Miami, and travels the country to give lectures on a wide range of topics.

Mr. Herman is also thankful to be a 4th Stage AML Leukemia Cancer Survivor, crediting his survival to his wife Alyssa Navallo Herman with assistance from Dr. Tibor Moskovitz, NYU Hospital and Cancer Center and his three children Bryson, Joshua and Briella. Herman notes that this experience has helped shape his life not only as a leading attorney, but as a husband, father, and human being. He noted:

"As a cancer survivor, I believe life is not measured by the number of breaths you take, but by the moments that take your breath away."