Coach Jory Malone of Revolution MMA Benton notes it is great for individuals of all ages and sizes, and the team environment benefits everyone by pushing them to exceed their goals.

This competition was coupled with Revolution MMA’s annual Fall training camp in the Great Smoky Mountain National Park where the team spends time together in a mountain lodge each year.

Revolution Athlete Josh Norris won first place in his No-Gi Division and also won third place in the Gi Division receiving the Gold and Bronze Medals. Josh said, “Competition is a great way to challenge yourself and see the progress from training.”

Also competing were two of Josh’s children for the first time. Ashley Norris (14 years old) won third place in her Division and took home the Bronze Medal. Ashley said, “It was an awesome experience to go out on the mat and represent my gym Revolution MMA, and exceptional training and coaching from Abby and Jory Malone. I’m ready to train for the next competition.”

Josh’s younger son Ryan Norris (12 years old) won his Division with a quick Armbar submission against his opponent in the first minute of his finals match earning the Gold Medal. Ryan said, “Great first experience to compete! My coaches Abby and Jory Malone and my teammates helped me train to get ready for my first competition.“ Ryan was ecstatic. His Armbar was the fastest submission finish the team had by the second day of the competition, but then Ryan’s dad, Josh Norris, finished his opponent in the finals match of the No-Gi Division in under ten seconds with a fast guillotine choke.

Revolution Athlete Steve Holland earned a Bronze medal his division for getting third place also. Steve’s family had come to the camp and event to support Steve in the competition and to witness their first tournament. Steve has this today about all of it, “an exciting and humbling experience that I will not soon forget. Looking forward to continued training with my coach and my team to prepare for the next competition where I will improve on my recent performance.”

Ten-year-old Deanna Smith traveled to participate in her first competition with her dad David. Despite moving up an age class to an older Division, Deanna outscored her opponent by a large margin winning the Gold medal and first place. Deanna’s older opponent was quite a bit taller and larger than Deanna, but Deanna just relied on her training. This is what she said about the match, “I was thinking she may be big but I can do it. Just a normal day at the gym. Try to remember everything you have been taught.” Deanna scored first and continued to advance position against her larger opponent until the end for the win.

Revolution competitor Bryon Mayo went to Atlanta for his second completion of the season. Bryon has improved with each performance in a match in the Atlanta competition by submission. Bryon won the Silver Medal in his division winning Second place. Bryon said, “This was my second tournament this year and I was happy with my performance, especially winning by submission in my first match. I look forward to training more with my team to prepare for the next competition.”

Revolution Competition Team member Jeremy Thompson won the Bronze medal in his division with a Third place finish. Jeremy has competed for many years, in both Mixed Martial Arts, Brazilian Jiu Jitsu as well as Submission Wrestling, but this was his first outing this year, returning to competition after a few years out of competition. Competition can be a positive pressure that pushes you to achieve more and teaches a blueprint for success in endeavors big and small.

For Revolution Athlete Alex Ammons, the Atlanta International competition was his first competitive experience. He was unable to win but will learn perhaps the most out the group from his first outing. In a sport dubbed as “Human Chess.” experience matters and an International competition with close to 30 competitors in your Division can earn you a lot of experience in a single day. Alex said, “I didn't place, but I had a good first experience and can't wait to do it again.”

After the competition the team relaxed at lodge high up in the Great Smoky Mountains. Revolution’s Head Coach, and former World and International Champion, said, “Each competitor will grow from the competition. Nothing is better than real experience. They’ll use this time to process their journey thus far, and set new goals to achieve. Being in the vastness an expanse of the Smoky Mountains has a tendency to renew individuals spirit and mind for what’s in the future. You stand almost on top of the world, and you’ve quite literally fought a battle to get there. Before this, some would have had a hard time setting lofty goals for themselves being from a small town in Arkansas. Now I suspect many in the group will go on to do much more in the world than they every expected to at the beginning of this journey.”

Brazilian Jiu Jitsu is a grappling art, known for takedowns, positional controls and submissions. It is great for any person, not just those desiring to be competitors. Individuals who train Brazilian Jiu Jitsu learn valuable self-defense skills as well as reap physical and mental benefits such as weight loss, increased endurance, increased strength, reduced stress and so much more. Coach Jory Malone of Revolution MMA Benton notes it is great for individuals of all ages and sizes, and the team environment benefits everyone by pushing them to exceed their goals. 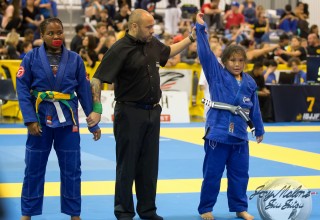 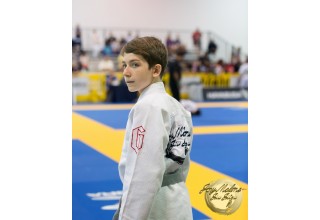 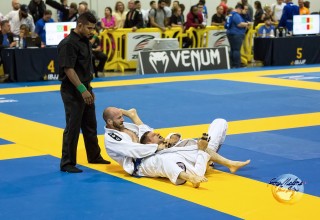 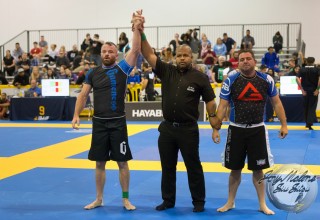