CEO of More Too Life Inc. is a Champion of Child Sex Trafficking and Founder of a Movement to Ignite Honor in Men to be Part of the Solution 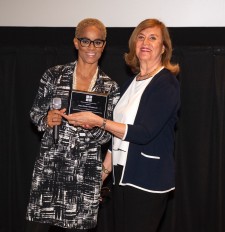 MIAMI, January 30, 2019 (Newswire.com) - Founder and CEO of More Too Life Inc. and Youthiasm® Dr. Brook Parker-Bello, a leading expert and advocate against human trafficking, has created powerful education that focuses on combating human trafficking and prostitution prevention by reducing demand.

Dr. Parker-Bello is a highly sought-after international speaker, champion against human trafficking and teacher in what she calls the “Legacy of Fatherhood” and “Digital Integrity & Intelligence and Safety,” along with innovative victim service curriculum and human trafficking protocols, not to mention being a motivational speaker and an ordained and licensed chaplain. She has been recognized with countless achievement awards, fellows and appointments and, most recently, was named by Google as a "Google Next Gen Leader" with the ability to learn from leading Google executives and leaders in the profound aspects that deal with world problems and their relation to both tech and tech policy.

Bello, a Lifetime Achievement Award recipient from the 44th President of the United States and the White House, believes in the power of men to affect positive change in their communities. Born out of her own experience as a former victim of child trafficking, she understands that men are the "biggest part of the problem and, therefore, will be the biggest part of the solution".

This past year, entrepreneur and Davos Economic Summit leader David Arkless, former 25-year veteran president of Man Power Group Global and a global leader in business, tech, workforce, economics and human trafficking, became the new board chair of More Too Life Inc. and believes that Dr. Bello’s experience and heart in reducing demand beginning with this curriculum is needed and only the beginning.

RJEDE is also volunteer and began in Sarasota and Manatee counties in partnership with the 12th district state attorney's office and is now the first of its kind in Miami/Dade County, in partnership with the Miami State Attorney’s Office and the "Advocate Program," a pre-trial diversion agency based in Miami, Florida. Miami/Dade County is second in the nation for prostitution in the nation, with Washington, D.C., being first. Bello says "where there is prostitution there is, of course, sex trafficking" and with Manatee County in Florida being third in the nation for the opiate epidemic, this gives vulnerability to young people who are then forced into prostitution and sex trafficking to support drug addictions.

The synergy between Dr. Bello's movement to end the demand for child trafficking and prostitution with all of the current U.S. state attorney's office as supporters has made RJEDE a winning program.

RJEDE has been in Sarasota and Manatee counties for the last four years and in Miami/Dade since its launch in the fall of 2018 with currently no recidivism. The course is eight hours long with follow-up sessions for up to 30-60 days. The course focuses on the knowledge of rape culture, sex trafficking and its similarities to prostitution, the heart-brain connection with digital devices and online predator behavior, and the hyper-sexualized culture that men need to be careful with mitigating, especially those in loving relationships. Youth development in today's world, pornography addiction, new evolved sexually transmitted diseases and the history of prostitution, and the myth of it being the “world’s oldest profession,” are also addressed in the course. Participants interact with Bello and her team, request resources, achieve milestones through goals set by Youthiasm® with support of More Too Life Inc. and much more. Additionally, the confidential course management platform will encourage better communication with genders through this expanded course process while reducing demand.

“More Too Life is an anti-sexual violence, human trafficking and youth crime prevention organization that was named by United Way Worldwide as one of the best in the nation.” Youthiasm® is a social responsibility ministry focused on igniting honor and reestablishing empathy. More Too Life Inc. is also a Voices for Florida, Open Doors Outreach Network Provider. More Too Life cares for victims aged 8 and up.

Bello had personally contributed to the development costs of the course for years with support from CNN Hero Vednita Carter and her friend Marion Hatcher of Cook County Sheriff’s Department. Brook and her team hope to raise additional prevention awareness and funds through community investors, board members and fundraising campaigns for national conferences that address the issue in the lives of men and boys with a unique and open process.

To learn more about RJEDE or the new program for prostituted persons in Miami/Dade County, a pre-trial diversion program called LUYD “Live Until You Die,” please visit moretoolife.org/education or go to sosuniversity.com/rjede. Both Dr. Bello and her team have hinted at future add-ins and their new app out now but kept their cards close to the vest when pressed for details. Contact Dr. Brook Bello via Ms. Lana Pohlmann @ enroll@youthiasm.com or lana@moretoolife.org. 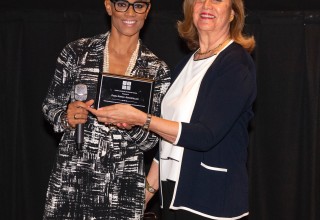 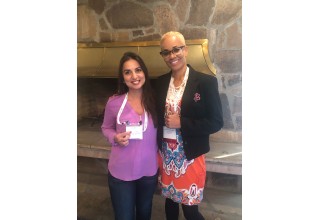 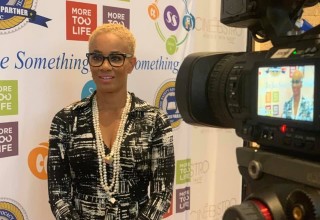 About More Too Life, Inc

Mentoring and educating those affected by human exploitation, to empower them to discover their authentic self, thereby commanding them to take charge of their future. 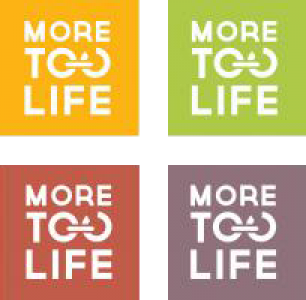 Nation's Top Tech Experts and Policy Makers Create Groundbreaking Virtual Reality Program to Help Victims of Human Trafficking and Trauma
Kids and Victims Have a Safe Way to Connect with Case Workers, Advocates and Mentors Who Work with NGOs, the Government and Law Enforcement to Bring Sex Traffickers to Justice
More Too Life, Inc - Aug 19, 2019