COLORADO SPRINGS, Colo., April 6, 2018 (Newswire.com) - Ray Chamberland, Founder, Raymond F. Chamberland III P.C., has joined Noticed©, an invitation-only service for distinguished professionals. Chamberland has been chosen as a Distinguished Lawyer™ based on peer reviews and ratings, dozens of recognitions, and accomplishments achieved throughout his career.

Chamberland outshines others in his field due to his extensive educational background, numerous awards and recognitions, and career longevity. In addition to a B.A. in business administration, he also holds an M.A. as well as his Juris Doctorate from Creighton University School of Law and a Master of Military Science from Air War College at Maxwell AFB. A former fireman and veteran of the U.S. Air Force, today Chamberland ranks among the ten best attorneys in Colorado and his firm has also received recognition as a top Colorado family law firm.

"While I was in the military, I felt that I could serve my country better as a Judge Advocate General (JAG) Corps Member than as a regular officer. When I retired from the Air Force in 2005, another former military attorney gave me an opportunity to do family law as a contractor for him, and I just fell in love with it."

As a thought leader in his field, Chamberland stays one step ahead of his competition by keeping his finger on the pulse of the latest trends and developments in family law. In particular, he notes that he is seeing significant changes in how the courts handle child custody:

"We are moving from a presumption of splitting parenting time 50-50 to being able to create something more particularized for each kid when it might be better for them not to have an evenly split parenting schedule. There’s no exact percentage, but the psychologists we use as experts are starting to say that sometimes, particularly for little children, it’s preferable to have a primary parent and for the other parent to have frequent visits of short duration."

Noticed© has written this news release with approval and/or contributions from Ray Chamberland. Noticed is an invitation-only reputation management service that is dedicated to helping professionals stand out, network, and gain a competitive edge. Noticed selects a limited number of professionals based on their individual recognitions and history of personal excellence. 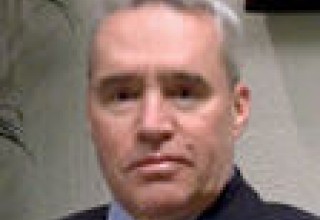