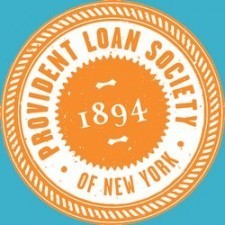 NEW YORK, May 8, 2019 (Newswire.com) - ​​​The not-for-profit lending organization, Provident Loan Society of New York, is promoting a new lending offer to help consumers who are in need of quick cash as they move during peak moving season.

More than 40 million people move each year in the United States, and an estimated 80 percent of those moves occur between April and September. This period of time is referred to as peak moving season.

Under Provident Loan Society’s moving offer, consumers can use their collateral such as gold, silver or fine jewelry to borrow money for moving expenses and deposits instead of borrowing against credit cards or personal loans from banks.

“Spring is peak season for moving, impacting the credit and expenses of thousands of Americans every year,” said Higney. “It’s harder for consumers to get out of debt when they keep borrowing money against their credit card or take personal loans from a bank. Consumers don’t realize a loan with Provident Loan Society doesn't impact their credit score. It’s more affordable than many credit card offers and doesn’t hurt your future credit score.”

This isn’t the first time Provident Loan Society has promoted a unique offer.

In August, Provident Loan Society promoted a back-to-school lending offer that helped students across the U.S. who were in need of quick cash.

There are several ways consumers can borrow money from Provident Loan Society of New York.

Consumers can go to one of their five locations in New York City and borrow against their collateral items in person. The jewelry or collateral items are appraised on site and cash is given on-the-spot. This loan process typically takes about 20 minutes to complete in-person.

Out-of-state consumers can also borrow money from Provident Loan Society by mail if they are in the United States (currency and customs consideration preclude business outside of this area). Once the jewelry is received, an appraiser from Provident Loan Society will tell consumers how much they can borrow with the current item. Items that are eligible for loans include diamond jewelry, gold jewelry, gold coins (only for gold content), watches and silverware. Consumers can also apply online for a collateral loan using their gold or jewelry.

New Yorkers can learn how much a loan at Provident Loan Society will cost before they even walk in the door. The Fast Cash Calculator will give consumers an estimate of how much a loan will cost, including fees and interest rates.

Provident Loan Society of New York is a not-for-profit lending organization that offers quick collateral loans of up to $100,000 on gold and diamond jewelry, fine watches and silverware. Provident Loan Society has five locations in Manhattan, Queens, Brooklyn and the Bronx. The process of taking a loan typically takes about 20 minutes to complete in-person and cash is given to you on the spot.

Put your gold, jewelry, and watches to work with same-day cash loans. It's safe, it's discreet, and there's no credit check.