Daily Fantasy Sports Leader Aiming to Add 1,000 Jobs to State of Georgia Over the Next Five Years 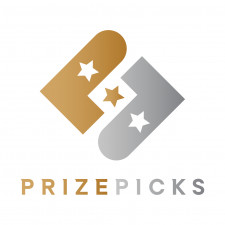 ATLANTA, June 16, 2021 (Newswire.com) - PrizePicks, the largest independently owned fantasy sports operator, continued its significant momentum from the second half of 2020, today announcing three key additions to its executive leadership team and laying out a roadmap to add 1,000 new jobs to the state of Georgia. The announcements come amidst a run of 10 consecutive months of record growth all while being profitable throughout 2021 to date.

Annualized re-occurring revenue topped $20 million for PrizePicks in May, which represented the company's 10th consecutive month of record-setting growth following a Q1 in which the company grew its monthly revenue per customer significantly, considerably outpacing the DFS and betting industry.

"Our business model allows us to reach break-even within the first 2-3 months of our blended customer acquisition costs, and we focused on a healthy mix of debt and equity financing to fuel our growth through the pandemic," said PrizePicks CEO Adam Wexler. "Returning to our Atlanta headquarters in April wasn't just symbolic of moving forward, but also the expansion of this team that lies ahead as both a company and a member of the Georgia business community."

Fueling the success of PrizePicks, recently named to the Atlanta Inno Fire Awards Top 50 companies, were a host of platform and business milestones which included:

One of PrizePicks' more notable strengths has been its ability to cross-sell its customers from one sport to another. Those who initially deposited to play NFL at PrizePicks have converted to other sports markets 80% more often than the same segment for DraftKings. Additionally, the operator's presence in digital sports has grown. PrizePicks has demonstrated success in esports by attracting new customers with innovative markets for popular titles such as Call of Duty, Rocket League, and VALORANT while also converting its esports member base to play its traditional sports offerings at a clip 200% higher than the larger companies in the space.

"Adam and his team have built a dynamic, healthy business with tons of opportunity, and I couldn't be more excited to be a part of the next phase," Irace said. "The ability the company has shown to adopt new sports and cross-sell at higher rates than what the industry is doing opens up a lot of affiliate and channel possibilities."

PrizePicks is the most fun, fast and simple version of daily fantasy sports covering a wide variety of sports leagues from the NFL & NBA to League of Legends & Counter-Strike. Centered around over/under predictions of fantasy point projections, PrizePicks allows sports fans to play against the numbers rather than each other. PrizePicks is currently the closest legal alternative to legal mobile sports betting in the majority of the United States including Top 10 markets like Georgia, Florida & Texas. With an existing digital footprint covering more than ⅔ of the U.S. population, PrizePicks is the most accessible type of game for the masses. The company is headquartered in Atlanta, and PrizePicks is the third product from Performance Predictions, a suite of fan engagement solutions including SidePrize, the 2016 Fantasy Sports & Gaming Association's 'Rookie of the Year' award recipient. PrizePicks is available in the App Store and Google Play or at prizepicks.com.