PrizePicks Closes Round of Strategic Funding, Adding Names From Sports, Entertainment and Gaming to Growing List of Diverse and Influential Investors 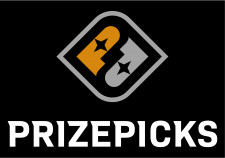 ATLANTA, December 1, 2021 (Newswire.com) - PrizePicks, the pioneering operator of Single Player Fantasy (SPF) in North America, today announced the closing of a strategic round of funding which includes several previous investors and the addition of new prominent names from the worlds of sports, entertainment and gaming.

In addition to returning groups such as Phoenix Capital Ventures, participants in the round include Astralis Capital, a new gaming fund with significant industry backing and connectivity, and sports and entertainment investment group The Player's Impact, whose advisors include NBA Hall of Famer Tracy McGrady and Olympic gold medal gymnast Gabby Douglas.

"What stood out was the PrizePicks vision of looking ahead by building a smart foundation and understanding where the market is heading with upcoming legalizations in certain states," said Chris Giesting, analyst for The Player's Impact. "Through their own proprietary linesmaking, they have the ability to expand into other sports markets quicker, more effectively and more profitably than others. Athletes understand the value behind sports and gaming, and, with PrizePicks, there's a chance to utilize our industry knowledge to help support a growing brand in underserved markets."

PrizePicks has experienced explosive growth throughout 2021, recently crossing a massive milestone of having paid out over $100 million in winnings to its members over the past 12 months. From November 2020 to November 2021, the company achieved close to tenfold increases across both its active member base and gross gaming revenue.

PrizePicks is leveraging the round to ramp up marketing spend while also continuing to invest in its proprietary and patented technology. To date, the company has primarily utilized debt financing to take advantage of its incredibly fast customer acquisition payback periods.

"Unlike many of the fantasy and betting operators, PrizePicks was profitable year to date ahead of football season, and we wanted to make the most of our top revenue market, the NBA, converging with our second most popular, the NFL," PrizePicks CEO Adam Wexler said. "We experienced very attractive customer acquisition costs this fall advertising across new channels such as linear TV and OTT. With four years of marketing experience across a variety of acquisition channels, we look forward to entertaining a major funding round in the early part of 2022."

In addition to the aforementioned groups, other notable investors in the round include:

"As CEO, Adam Wexler and his team have been relentless in driving innovation and new products," said Singleton, an industry veteran whose last venture sold to Bally's Corporation for a nine-figure sum. "It's nothing short of impressive to see the incredible growth and trajectory of PrizePicks."

Part of the allure of PrizePicks for investors is the diversity of its audiences and intuitive gameplay. Whether it's the expansion of a burgeoning market like esports, the addition of single-stat, live in-game offerings for NBA, NFL and CFB games or the company's rapidly expanding Discord channel, investors are drawn to the high level of engagement of PrizePicks members.

"PrizePicks has thrived by creating simple, elegant, intuitive, fun games that tap into the modern fan's love of players and props," Katz said.

"In getting to know Adam and the company, it was clear we were philosophically aligned on the vast opportunity that lies ahead, and ThePostGame is thrilled to participate in this round," said Herd.

PrizePicks is the most fun, fast and simple version of daily fantasy sports covering a wide variety of sports leagues from the NFL and NBA to League of Legends and Counter-Strike. Centered around over/under predictions of single-statistic projections, PrizePicks allows sports fans to play against the numbers rather than each other. PrizePicks is currently the closest legal alternative to legal mobile sports betting in the majority of the United States including Top 10 markets like Georgia, Florida, Texas and California. With an existing digital footprint covering more than two-thirds of the U.S. population, PrizePicks is the most accessible type of game for the masses. The company is headquartered in Atlanta, and PrizePicks is the third product from Performance Predictions, a suite of fan engagement solutions including SidePrize, the 2016 Fantasy Sports & Gaming Association's "Rookie of the Year" award recipient. PrizePicks is available in the App Store and Google Play or at prizepicks.com.

PrizePicks Continues to Post Record Months to Begin 2021, Expands Leadership Team With an Eye Toward Category Growth
Daily Fantasy Sports Leader Aiming to Add 1,000 Jobs to State of Georgia Over the Next Five Years
Cast Influence Marketing and PR - Jun 16, 2021