Under the innovative scheme, start-ups and established companies now have the opportunity to license the technology and have access to the source code behind the PowerWallet Plus PFM - an industry first. 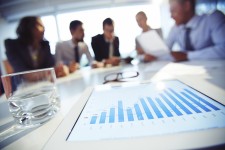 Fort Lauderdale, FL, December 14, 2016 (Newswire.com) - After celebrating the successful launch of its white-label personal financial management (PFM) platform earlier this year, the team behind PowerWallet Plus has now unveiled their new Technology Licensing Program. Under the innovative scheme, start-ups and established companies now have the opportunity to license the technology and have access to the source code behind the PowerWallet Plus PFM – an industry first.

The FinTech revolution has taken the financial industry by storm – something that PowerWallet Plus is all too aware of. Their personal financial management platform, stressing the importance of corporate financial wellness, has been attracting clients from across the corporate world. From the insurance and mortgage industry, to benefit consulting companies to technology creators of CRM systems, everyone has been taking notice.

After an overwhelmingly positive reaction to their PFM, PowerWallet Plus has undergone a careful rebranding process to incorporate technology licensing under the umbrella of their operations. “Over the past year as we’ve been signing new clients for our out of the box, white label PFM, it became apparent that a select number of prospects had an interest in customizing our PFM,” said Cris Frankel, President of PowerWallet Plus. “This led us to the idea of creating our Technology Licensing Program.”

Under their new scheme, a licensee has the opportunity to gain access to the source code of the PowerWallet Plus PFM, which allows one of the highest levels of customization on the marketplace. Any company who enters into a licensing agreement with PowerWallet Plus can now essentially own proven technology, allowing them to customize it to their heart’s content.

In a financial world now governed above all else by the application of technology, new and established companies have the chance to utilize a proven platform. The benefits from such a licensing agreement are clear – companies across the financial sector can avoid a lengthy and costly development process, starting one step ahead of the competition by using a successful PFM that is connected to over 14,000 financial institutions. Combined with unparalleled access to the technology’s source codes, PowerWallet Plus are yet again leading the way in the FinTech revolution.

PowerWallet Plus is now offering new customers an opportunity to try its product for free. The free trial period of your license will last for thirty (30) days after your white label site has been launched. Following the trial period, the “key to the kingdom” will be unlocked and your full customizable application will be conveyed to you under your full licensing agreement.