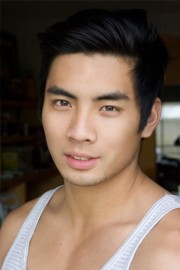 Los Angeles, CA, March 8, 2016 (Newswire.com) - Yoshua Sudarso will join the cast of A DARE TO REMEMBER to play one of the leading roles for the action spy TV series. Yoshua's addition to the cast brings an international audience familiar with the action genre. Also known for his work on The Maze Runner and playing Spider-Man on Machinima's Super Power Beat Down TV series, Yoshua will get to expand his repertoire in a more villainous role.

Yoshua will play Kenji, the son of Hiro, director of a Japanese intelligence agency (played by Eiji Inoue). Kenji's ambition and arrogance quickly causes problems for newly recruited spy Nina Monroe played by Eva La Dare aka Karen Dyer, known for her role as the voice and motion of Sheva Alomar in the Resident Evil 5 video game and the voice of Elena in the Street Fighter game series. Yoshua, also known for his comedic chops, will soon be appearing in an upcoming episode of Veep starring Julia-Louis Dreyfus.

Young rising talent Chalet Lizette Brannan will play Akiko, a young girl who unexpectedly finds herself on a path of revenge. Chalet's credits include a series regular on the upcoming sci-fi series Dystopia with Power Ranger alum Michael Copon and a starring role with Jon Voight in the film Veteran's Day.

A DARE TO REMEMBER, written and directed by Eva La Dare, follows the story of Nina Monroe, a circus performer on the run for murder who is forced to become a Mata Hari spy for the Japanese government in order to stay alive. Eva's previous credits include How To Get Away With Murder, NCIS, The Mindy Project, and Amazon Prime's BOSCH.

Viewers can preview a ten minute pilot episode on the Kickstarter page and receive a selection of video game cosplay rewards for supporting the project. The campaign is raising $75,000 to produce a two-hour pilot episode, in a format very similar to the BBC's Sherlock series.

The A DARE TO REMEMBER Kickstarter page can be found at: https://www.kickstarter.com/projects/763226172/a-dare-to-remember-action-spy-tv-series-2-hour-pil