Peter L. Gladstone Has Been Recognized Among the Top in His Industry by Noticed©

BOCA RATON, Fla., February 26, 2018 (Newswire.com) - Peter L. Gladstone, Principal, Shareholder, Gladstone & Weissman, P.A., has joined Noticed©, an invitation-only service for distinguished professionals. Gladstone has been chosen as a Distinguished Lawyer™ based on peer reviews, ratings, and dozens of recognitions, and accomplishments achieved throughout his career.

Gladstone outshines others in his field due to his extensive educational background, numerous awards and recognitions, and career longevity. Florida Bar Board-Certified in Marital and Family Law, he received his Juris Doctorate from Yeshiva University's Benjamin N. Cardozo School of Law in 1988. In the years since, Gladstone has earned recognition as one of the "Best Lawyers for Family Law in Boca Raton" by Best Lawyers in America more than ten times and is also included in the National Association for Distinguished Counsel's "Nation’s Top One Percent", among many other honors.

In Florida in particular, the idea of collaborative law is gaining momentum. I think in family law especially, the idea of having an alternative to the traditional adversarial system is something to embrace.

With nearly 30 years dedicated to law, Gladstone brings a wealth of knowledge to his industry, and, in particular, to his area of specialization, family law. He noted that it wasn’t until he was in law school that he settled on his specialty:

"I took an advanced family law course and it changed my whole focus. We sat around a big conference table and really got more in-depth. Helping good people through a difficult time in their lives has proven very fulfilling over the years."

As a thought-leader in his field, Gladstone has lectured throughout the state on assorted topics concerning family law, including equitable distribution, prenuptial agreements, child custody and timesharing and temporary relief hearings, among many other topics. One topic he is interested in is collaborative law. He noted:

"In Florida in particular, the idea of collaborative law is gaining momentum. I think in family law especially, the idea of having an alternative to the traditional adversarial system is something to embrace."

Gladstone holds numerous leadership positions including being the current President of the Florida Chapter of the American Academy of Matrimonial Lawyers. Mr. Gladstone is also a past Chair of the Family Law Section of the Florida Bar, having sat on the Executive Council from 1997 to 2010, and has been a member of the Family Law Section of the American Bar Association since he received his Juris Doctor in 1988.

Noticed© has written this news release with approval and/or contributions from Peter L. Gladstone. Noticed is an invitation-only reputation management service that is dedicated to helping professionals stand out, network, and gain a competitive edge. Noticed selects a limited number of professionals based on their individual recognitions and history of personal excellence. 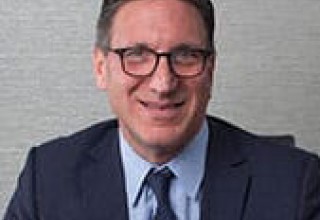