Patrick L. Cordero Has Been Recognized as One of the Top in His Industry by the Expert Network©

MIAMI, Fla., October 4, 2017 (Newswire.com) - Patrick L. Cordero, founder, Law Offices of Patrick L. Cordero, has joined The Expert Network©, an invitation-only service for distinguished professionals. Mr. Cordero has been chosen as a Distinguished Lawyer™ based on peer reviews and ratings, dozens of recognitions, and accomplishments achieved throughout his career.

Mr. Cordero outshines others in his field due to his extensive educational background, career longevity, and numerous awards and recognitions. Mr. Cordero earned his bachelor’s degree in Business Administration from Marquette University in Milwaukee, Wisconsin and his Juris Doctor at St. Thomas University in Miami. Immediately after passing the bar, Mr. Cordero established the firm of Cordero & Psaltides, PA. In 1990, he opened his own independent legal practice and has been building his tremendous reputation ever since. His skillful and compassionate representation has earned him accolades from Martindale-Hubbell®, the American Institute of Family Law Attorneys, and Avvo, among others. Mr. Cordero has also earned recognition from the Minority Chamber of Commerce, who has named him Miami Lawyer of the Decade, National Bankruptcy Lawyer of the Year, and Hispanic Leader of the Year, among numerous other honors.

With nearly 30 years dedicated to law, Mr. Cordero brings a wealth of knowledge to his industry, and in particular to his areas of specialization, chapter seven and chapter thirteen consumer bankruptcy filings, as well as family matters, real estate, and immigration cases. When asked why he decided to pursue a career in law, Mr. Cordero noted a desire to help people:

"After studying business in college, it was important to me to try to be helpful for the community. Bankruptcy law was something related to business, and I figured that I’d meet some people going through troubles they needed help getting out of—I learned that was a process called bankruptcy, and it enticed me to do what I do now."

As a thought-leader in his field, Mr. Cordero is well aware of pertinent legal trends. In particular, he notes that bankruptcy is becoming more commonplace and less stigmatized, and names several programs that are helping in that regard:

"There are many more options, now, for people who are losing their homes. For example, the Mortgage Modification Mediation Program, which allows clients to reach an agreement with their lenders so they can have another opportunity to stay in their home. The Bankruptcy Court has also expanded to allow us to eliminate certain properties, eliminate car payments, limit homeowners associations, and other such things that help people who are in need of minimized payments."

Mr. Cordero has earned the deep respect of colleagues, clients and the judicial community and has expanded to serve as a consultant for many attorneys and businesses regarding asset protection and bankruptcy-related matters. He also participates in local round-table discussions regarding economic issues and is a proud member of many local legal associations. 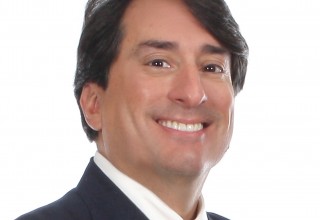