The much-awaited premium service of OneVPN is finally here with a bang. The Premium version comes with many FREE features as default. 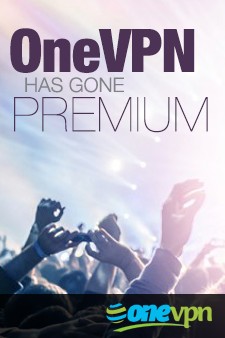 Hong Kong, Hong Kong, July 18, 2016 (Newswire.com) - After giving away free full-featured VPN to everyone for several months, OneVPN has finally gone premium. This is a great news because the premium launch introduces more servers, locations and features!

Among dozens of standard and unique VPN features, following are a few that come with OneVPN’s premium plans:

Ad-Blocker – OneVPN’s Ad-blocker stops all ads from appearing on user’s device and makes their online experience smoother than ever.

Anti-Malware – User’s devices keep on acting weird or crashing entirely because of those unwanted malware installations? You don’t need to worry anymore if you have OneVPN configured on your device.

NAT-Firewall – Users looking for an additional layer of security should rejoice as the NAT-Firewall is already included in the OneVPN premium account!

24/7 Live Chat Support – OneVPN’s live chat support is on the disposal 24/7 and offers bilingual support via various means including skype, phone and e-mail.

Multi-Logins – Multiple device owners can save big bucks as they don’t need to buy OneVPN for each of their device, thanks to the FREE Multi-Logins feature!

Up to 256-Bit Encryption – OneVPN doesn’t just offer 64 or 128 bits encryption but 256 bits encryption too. This takes away all of users’ worries regarding the security of their data.

“Team OneVPN has made the internet users addicted to OneVPN with FREE fully-featured VPN giveaways so everyone is definitely going to have a hard time ignoring the premium plans. Those who haven’t already used OneVPN will be enticed to use it, thanks to the long list of amazing FREE features it offers.” Said Farooq Asad, the CTO at OneVPN.

There are total 3 premium plans offered to the online users, all of which give huge discounts. To learn more about OneVPN, its features and pricing plans, visit www.onevpn.com.

OneVPN's Most Anticipated Android App Hits the Market
It's a moment of joy for the internet users as the much-awaited OneVPN Android app finally hits the market, for FREE.
Unravel Technologies - Aug 3, 2016
Newswire