MIAMI, Fla., February 6, 2018 (Newswire.com) - Norma Lorenzo, Managing Partner, Hermanni & Lorenzo Law Group, has joined The Expert Network©, an invitation-only service for distinguished professionals. Ms. Lorenzo has been chosen as a Distinguished Lawyer based on peer reviews and ratings, dozens of recognitions, and accomplishments achieved throughout her career.

Ms. Lorenzo outshines others in her field due to her extensive educational background, numerous awards and recognitions, and career longevity. She earned both her JD and MS in forensic science from Florida International University. She also holds a BS in chemistry from Barry University.

With over 10 years of experience dedicated to law, Ms. Lorenzo brings a wealth of knowledge to her industry, and, in particular to her area of specialization, complex immigration law. When asked why she decided to pursue a career in this field, Ms. Lorenzo said:

"When I graduated in 2006 the economy was really bad so there were very few jobs. I eventually found a job listing in the Florida Bar’s newspaper, which happened to be in immigration law. They hired me and I fell in love with it and never stopped doing it."

Ms. Lorenzo is well-versed in a broad range of investor and employment visas, including National Interest Waivers, Research/Professor Green Card (EB-1), Executive Greencards (EB-1), PERMS, as well as various non-immigrant visas (including H1B, L, O, P, E, J and J waivers). Her work has been recognized by prestigious organizations such as Avvo and the American Society of Legal Advocates. She was recently included on the 2016 Super Lawyers list of Rising Stars and National Advocacy’s Top 100 Lawyers of 2016.

As a thought-leader in her industry, Ms. Lorenzo stays ahead of prevailing trends in immigration law to maintain her edge over her competition. Commenting on recent increasing difficulties in immigration, she noted:

"Things are unfortunately getting tougher all around. Everybody’s focused on the increase in deportation and how aggressive enforcement has become, but we are also seeing changes in consulates all over the world. We do a lot of business immigration work and it’s becoming brutal. The standards for business visas are going up, not only within the U.S., but also internationally, and it’s having a big impact on our practice and our clients."

Beyond her private practice, Ms. Lorenzo is an active member of the legal community and an avowed educator. In early 2015, she took on the position of Adjunct Professor of Law at her alma mater. She also currently serves on two American Immigration Lawyers Association committees and is a Board Member of the FIU College of Law Alumni, and she is currently President of her BNI networking group 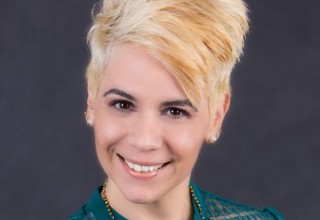