LOS ANGELES, Calif., October 3, 2017 (Newswire.com) - Nicholas Rowley, Partner, Carpenter, Zuckerman, & Rowley, has joined The Expert Network©, an invitation-only service for distinguished professionals. Mr. Rowley has been chosen as a Distinguished Lawyer™ based on peer reviews and ratings, dozens of recognitions, and accomplishments achieved throughout his career.

Mr. Rowley outshines others in his field due to his extensive educational background, career longevity, and numerous awards and recognitions. After receiving his Juris Doctor from the University of La Verne College of Law in 2001, Mr. Rowley attended Gerry Spence’s prestigious Trial College in Wyoming. Shortly thereafter, he became the youngest faculty member to teach at the Trial College. By the age of thirty, Mr. Rowley had won multiple eight-digit settlements for personal injury victims and their families.

With over 15 years dedicated to law, Mr. Rowley brings a wealth of knowledge to his industry, and in particular to his area of specialization, personal injury law. When asked about his start in law, Mr. Rowley said:

"I always knew I wanted to become a lawyer, but my family didn’t have money so it would have been difficult for me to pay for school. I joined the military, worked as a combat medic for six years, and finished my education under the GI Bill while I was still serving my country."

Today, Mr. Rowley is an accomplished and nationally recognized attorney whose firm has won more than a billion dollars in settlements for its clients. His compassion and empathy for his clients coupled with his impressive legal comprehension and commanding courtroom presence combine to make Mr. Rowley a uniquely capable attorney who has earned his clients numerous record-setting settlements, including a 78 million dollar verdict for a victim of medical malpractice.

Mr. Rowley's skills are recognized on a national level and he is routinely asked to work on the country’s highest-profile cases. Recently, he was the lead trial lawyer in the notorious Bellwether case against Toyota for unintended acceleration—the settlement for which totaled over one billion dollars. In 2013, Consumer Attorneys of San Diego recognized Mr. Rowley with their top award, “Outstanding Trial Lawyer of the Year”.

"As the survivor of a traumatic brain injury, I have become one of the most sought-after lawyers in the country to deal with these cases. Sometimes they're medical malpractice cases, usually meaning a birth injury was sustained and a child is now growing up with serious deficits. If it's a jury trial and I can do the right thing fighting against the insurance companies, I take it." 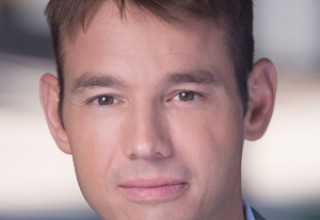