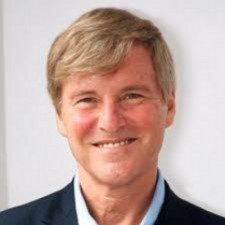 NEW YORK, August 5, 2019 (Newswire.com) - ​​​​​​​InvestAcure, PBC announced today that NFL ‘super agent’ Leigh Steinberg, has joined its advisory board to help spearhead the implementation of the company’s 3-year plan to generate $1 billion in annual investment for Alzheimer’s, CTE and related dementias until a cure is found.

Often credited as the inspiration for Tom Cruise’s eponymous character in the film Jerry Maguire, as an agent, Leigh Steinberg represented 300+ pro athletes, including eight first-overall picks in the NFL draft. With an unrivaled history of record-setting contracts, he has secured over $3 billion for his clients and directed more than $750 million to various charities around the world.

“Every 65 seconds, someone in this country is diagnosed with Alzheimer’s. It is a public health crisis of unprecedented proportion, robbing us of our most precious memories and devastating families,” said Leigh Steinberg. “With the InvestAcure spare change investment platform, the American public can have a game-changing opportunity to partner in turning discoveries into effective therapeutics,” added Steinberg.

Alzheimer’s is the only top 10 cause of death with no disease-modifying drug. Almost half of us are likely to develop the disease if we live to 84. Women and African Americans are twice as likely to develop the disease. It is also the most expensive disease in the US, costing $277 billion in 2018 and projected to rise to $1.1 trillion per year by 2050.

Even a drug which could delay the onset of symptoms by 5 years would be game-changing and from epigenetics to neural regeneration, discoveries from government and charity-funded research offer hope. Yet, we depend on drug companies to develop these discoveries into effective therapeutics and investment risk has led Big pharma to mostly abandon the space to smaller companies, which can spend years raising capital to move a single project forward.

With the InvestAcure platform millions of Americans who share a ‘Common Need’ to see Alzheimer’s cured, would be able to automatically invest spare change from round-ups of day-to-day transactions in a portfolio of companies working on developing effective therapeutics.

70 million US adults have a family member with Alzheimer’s. If just 2.4% become spare-change investors that would generate $1 billion in annual investment, a 10-fold increase over the total Venture Capital investment in the space over the past decade. This would enable countless new approaches to be developed and tested, speeding the development of a cure and saving lives.

InvestAcure, PBC is a finance company building an investment platform to enable individuals who share a ‘Common Need’ to see progress in developing a cure for Alzheimer’s, CTE and related dementias – to automatically round up purchases and invest the change in a portfolio of companies working to develop scientific discoveries from basic research into effective treatments. The company’s 3-year plan is to reach 1.7+ million users, generating $1 billion in annual investment for Alzheimer’s, CTE and other related dementias until a cure is found.​