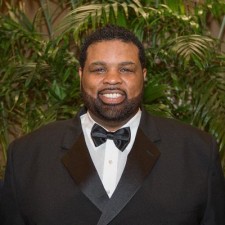 NEW YORK, November 20, 2019 (Newswire.com) - ​​​​​InvestAcure, PBC announced today that André Farr, the Chairman and CEO of the Black Sports Agents Association, has now joined its advisory board to help spearhead the implementation of the company's three-year plan to generate $1 billion in annual investment for Alzheimer's, CTE and related dementias until a cure is found.

For the past three decades, André Farr has served as a prolific entrepreneurial leader, youth mentor and community advocate, first gaining acclaim as the President and CEO of House of Blues Sports, then again as the Chairman and CEO of the Black Sports Agents Association (BSAA) and again as founder of the Chairman’s Challenge/Woke Up Movement. Farr was awarded Innovative Entrepreneur of the Year by the Minority Business Development Agency of the Obama Administration and recently named the recipient of the LA Urban League President’s Award, among many other accomplishments and accolades. Under his exemplary leadership and direction, Farr has grown both BSAA and EMG memberships to include some of the most powerful executives and entrepreneurs in sports, entertainment and business.

"While Alzheimer's is a public health crisis for our entire society, robbing us of our most precious memories and devastating families," said André Farr. "African Americans are twice as likely to develop Alzheimer's, while CTE is a rising point of concern in the sports industry, making finding a cure a top priority for our industry and community. The InvestAcure spare-change investment initiative allows everyone the opportunity to participate in a game-changing venture to turn discoveries into effective therapeutics."

Alzheimer's is the only top 10 cause of death with no disease-modifying drug. Almost half of all human beings are likely to develop the disease if they live to 84. Women and African Americans are twice as likely to develop the disease. It is also the most expensive disease in the U.S., costing $277 billion in 2018 and projected to rise to $1.1 trillion per year by 2050.

InvestAcure, PBC is a finance company building an investment platform to enable individuals who share a "Common Need" to see progress in developing a cure for Alzheimer’s, CTE and related dementias to automatically round up purchases and invest the change in a portfolio of companies working to develop scientific discoveries from basic research into effective treatments. The company’s three-year plan is to reach 1.7+ million users, generating $1 billion in annual investment for Alzheimer’s, CTE and other related dementias until a cure is found.​