Keep your ears open for Abriel Delaney's unique sound, which you will not forget 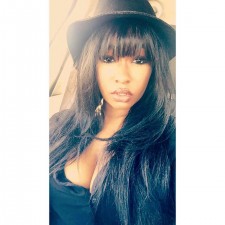 Abriel Delaney is a talented up-and-coming 22-year-old singer/songwriter who originated in Detroit, Michigan, and is currently residing in the big city of Atlanta. Delaney can be found spending countless hours in the studio as she prepares to premiere her hot new single hot new single, which will be released at a later date. Delaney is guaranteed to make headlines as she is collaborating with several Grammy-award-nominated producers to debut this hot single. Keep your ears open and look forward to hearing her unique sound on the airways soon.

Abriel Delaney’s road to this impressive carrier began just six years ago, although she has been a musician all of her life. The rising star recalls her dreams of stardom at the early age of five years old. Delaney recollects at five years old, when her mother purchased her very first diary in preschool, where she began writing poems, which led to the writing of many songs that will soon be heard. Abriel was also enrolled in piano lessons by her parents at a young age, which she continued for ten years. By the time she entered the fifth grade, she had joined her school's choir and was performing numerous solos and was featuring in events throughout the city of Detroit. Delaney did not stop there; at the age of eleven, she started to play the violin and made First Chair in her band class, which she kept up until her senior year in high school.

Abriel Delaney is the true definition of a “true artist” — her talents range from writing her lyrics, playing multiple instruments and, last but not least, her unique sound. Growing up, she remembers admiring artists such as Aaliyah, Christina Aguilera and Toni Braxton. As she grew and matured into her adolescence, she began to be heavily influenced by iconic artists such as Marvin Gaye, Stevie Wonder and The Temptations.

Abriel Delaney’s sound is said to be comparable to the likes of Amy Winehouse, Lauryn Hill and Erykah Badu. Abriel Delaney will be debuting her first single soon, and you do not want to miss her unbelievable talent.