System 02:19 provides players across the globe with a fun tool for funding environmental projects 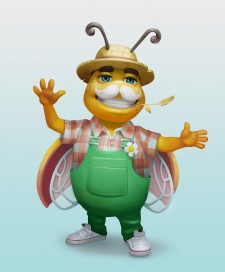 Los Angeles, California, April 16, 2017 (Newswire.com) - Players don't need a green thumb to make their communities greener thanks to a new app that uses the appeal of mobile gaming to inspire real world activism. On Sunday, April 16, System 02:19, an innovative environmental initiative and a new mobile game that intends to inspire environmental projects across the globe will launch in the US.

The goal of System 02:19 is to care for small sprouts as they grow into large trees; however, while players can enjoy the game on their own, the true purpose of playing is to support local city teams. These city teams will compete to raise the most trees in hopes of qualifying for funds to support projects that make their communities cleaner and greener. System 02:19 will help activists connect and spread the word about new environmental initiatives while vying for funding to actualize their dreams.

When new players register, they are assigned to the closest participating city. They can then start collecting sprouts scattered throughout their geographic area using the augmented reality features on their smartphones. Players gain points as they find sprouts and cultivate trees. Point totals for each city will eventually be tallied to determine the winning cities. New sprouts are scattered in each region at 02:19 a.m. every morning, and all cities contain the same number of sprouts, so smaller towns can fairly compete with larger municipalities.

The city with the most trees will be announced and awarded funding during an online broadcast in January 2018. To fund the green initiatives, System 02:19 has established a non-profit organization called System 02:19 Foundation, which will award funds to environmental projects in specific communities.

"Our mission is to ensure that real — and virtual — trees are grown in every city as a result of the efforts of its inhabitants," the developers explain on the game's website.

System 02:19 is appropriate for all ages, so parents can use the game as a tool to teach their children about the importance of protecting the environment.

System 02:19 is ready to roll out nationwide on April 16th.  The app is available to be downloaded for free on the System 02:19 website, the AppStore and Google Play, as well as on Facebook and Instagram.

For more details, check out their site and social media outlets.

The System 02:19 App (the "Game") is dedicated to harnessing the enthusiasm of gamers to improve the natural and built environment in an enjoyable way.